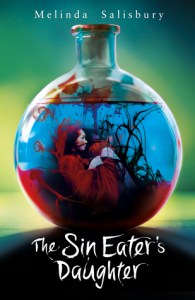 ‘”Ours is not to question,” my mother had said once. “Daeg gives life where he deems best, and Naecht, in her infinite jealousy, takes it away when she deems fit. They alone know the secrets of the balance we live in. It is a perfect circle. It’s not for us to understand their decisions, only to accept that it’s the Gods’ will.” P116

This is my A Book Based Entirely On It’s Cover choice for the 2015 Reading Challenge.

I am the perfect weapon.
I kill with a single touch.

Twylla is blessed. The Gods have chosen her to marry a prince, and rule the kingdom. But the favour of the Gods has it’s price. A deadly poison infuses her skin. Those who anger the queen must die under Twylla’s fatal touch.

Only Lief, an outspoken new guard, can see past Twylla’s chilling role to the girls she truly is.

Yet in a court as dangerous and the queen’s, some truths should not be told…

I’ve not had much luck of late with the YA fantasy genre. Everything seems to be very similar and I’ve ended up disappointed on more than one occasion. So when I saw the cover of The Sin-Eater’s Daughter I didn’t actually bother to even read the blurb, I took a gamble, and with no preconception what-so-ever I jumped in with fingers and toes crossed. And I loved it.

There was something strange and dark about the plot. In a Game-of-Thrones way we were introduced to a city lead by a mad Queen who tortured and killed anyone who displeased her… and there was a lot of people who did this… she ruled by fear of death and the riotousness of the Gods. Her people believed that the Gods, Daeg (Lord of the Sun) and Naeht (Empress of Darkness) had blessed the royal families blood line and believed they ruled with the enlightenment of the god. But in order to do this they had to keep the blood line pure, with brothers and sisters marrying and bearing children who in turn married. As you can imagine this resulted in high infant mortality and madness in those who ruled.

But this book actually follows the Sin-Eater’s Daughter, a girl with burning red hair who could sing so beautifully it was said even the god’s would stop and listen. When the Queen’s husband dies and leaves her without a daughter to marry her son, the Queen finds Twylla who is apparently Daunen embodied, the human vessel of Daeg and Naeht’s daughter, when the god’s inform her in a dream that they have sent her to marry her son. Only Twylla can drink a deadly poison with no cure, and survive. However it leaves her skin poison to all those not of the royal line. The Queen uses Twylla to dispose of traitors, with just a single touch, they will die a terrible death.

I loved how much thought had gone into all the little details of this book. It was so unbelievably intricate, yet so simple. I was totally sucked in. I loved the twisted nature of the Queen and Twylla’s mother. I loved the sense of humour that came across in Melinda Salisbury’s writing. For example here:

‘”My mother always told me a gentleman commits to an apology in writing,” he says, “So the lady knows he doesn’t mean to take it back.”‘ P79

and how she questioned religion and belief in a tactful way.

“…I believe there are men and women whose lives are made easier by believing someone is watching over them.” P209

I loved the romance that gradually grew between Lief and Twylla. It was beautiful and left me breathless. There was a love-triangle but it was believable and there was a clear winner… well I thought there was… till the end… I couldn’t believe that this was a debut novel for Melinda Salisbury because it was just so brilliant.

But I think the part that I especially loved was how deceptive everyone and everything was. I don’t want to give to much away but I was totally suckered by the revelation or should I say revelations! Nothing was ever what it seemed!! And once you got your head round one bit another part sucker-punched you in the face!

I think I found the ending a little difficult to grasp because, for so much of the book we are left feeling that everything is a lie. That there is no supernatural, godly or otherwise influence, it was all a fairytale created to deceive and then, that ending is thrown in and we’re meant to believe that some fairy tales are real??? MIND-BLOWN!!!

Anyway all I can say is I LOVED THIS BOOK! Others may find plenty of flaws in it but for me this was just what I needed to re-ignite by faith in the YA fantasy genre.