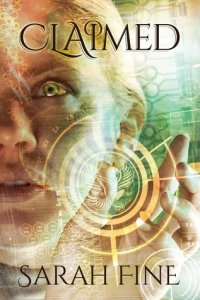 ‘She’s hurting. You mean everything to her, and she’d do anything for you. And she’s down the hall right now, crying her eyes out because of what you’re doing to yourself. So unless you want me to punch you in the throat again, I suggest you pull yourself together, go to her, and make this right.’ Loc 4428

Galena Margolis, a brilliant scientist with a tragic past, is determined to fulfill her destiny and develop the vaccine that could save millions. Yet when Galena’s test subjects meet with foul play, it’s clear that someone is still determined to stop her, and that Galena herself is a target. As the Ferry empire forges a plan to keep her safe, Declan Ferry, the politics-hating black sheep of the family, steps forward to protect her—but the emotional cost may be more than either of them is willing to pay.

As unknown enemies close in, it becomes terrifyingly clear that they threaten to destroy not only Galena’s lifesaving work but also the very fabric of fate. As Galena and Declan race to uncover the traitor, they also forge a special bond that could save both Galena and those she’s sworn to help. Torn apart by the past and hunted by those she trusted, can Galena find room amidst her fears for a passion that could make her stronger than ever? And even if she and Declan can find their way together, will it be enough to keep the future from coming apart at the seams?

I jumped straight into Claimed after finishing Marked and I actually found myself loving this book even more than the first!

Claimed continues straight on from where we left everyone in Marked however we are now following two different characters. Cacy and Eli still make appearances but we are now following Eli’s sister Galena, the scientist, who may have found a way of creating a vaccine for mutating viruses! and Declan, Cacy’s brother who is the Chief of the paramedic department.

I was happy to see that Sarah Fine had added a lot more detail in the beginning of this book, to fill us in on how the world had deteriorated into the ‘Water-world’-esque environment we find Boston to be. It helped flesh out all those little holes I felt in Marked and helped to understand why Galena work was so important. Sadly, Claimed didn’t seem to have the same amount of world exploration as Marked did, but I thought it was mostly justified because a lot of this books action happens with buildings and within the Veil.

It seems that someone is trying to stop Galena from completing her work and will stop at nothing to do that. Galena becomes the main suspect in a murder investigation after all the people around her, especially those relating to her work, die in bomb explosions and stabbings. Someone is trying to frame her and until the Ferry Family can figure out who is actually behind these murders, Galena must go into hiding. Unfortunately they can not trust anyone, even those they thought were on their side.

I loved how twisted this story was and how even family members couldn’t be trusted! I found the romance between Galena and Declan much more exciting than that of Cacy and Eli in Marked. I think because they didn’t have that ‘We-mustn’t-but-we-can’t-resist-but-we-must-but-we-can’t-help-ourselves’ debate going. This was a much less annoying romance where they were attracted to each other from the start but they are both quite shy and unreadable characters. Then they are told that the best way to protect Galena is if she becomes a Ferry – ie marry a Ferry. They both struggle to tell each other how they really feel, worried that the other one is only going along with the arranged marriage because they feel obligated too. Its so sweet! I loved Declan to pieces, he was so gentle and never pushed Galena to do anything she didn’t want to do. The sex scenes were very raunchy, when they eventually happened. Galena had a lot of trauma in her past that she had to come to terms with before she and Declan could become close. It was heart-breaking.

Again the mystery of who was behind everything was really intriguing and while I was able to guess quite early on it didn’t effect my enjoyment of the overall story. I can’t wait to see what happens next in this series but I would be very happy if it happens to be a romance between Aislin, the new leader of the Ferry family, and Moros, the Lord of the Kere. Polar opposites always make the best romances don’t you think??