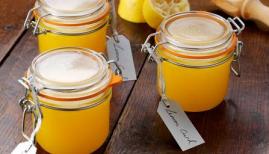 Originally found as a pin on Pinterest, this is actually from the BBC!

This process can be found on the bbc website here:

So, I chose this item because it’s one of my mothers favourites. However, I made this Friday and at breakfast yesterday we were half way through the second and final jar and I promise she wasn’t the only one eating it! (Actually, it was mostly me…) I used an extra lemon because the bag came with 5, but other than that the instructions were easy to follow, though it was somewhat different on an aga. The melting was quick: 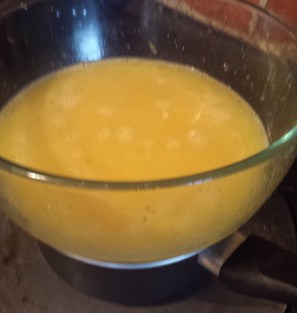 But after that, the thickening certainly took more than 10 minutes and I’m still not sure it was thick enough. While it was on the back of the spoon I wouldn’t have classed this as ‘coated’: 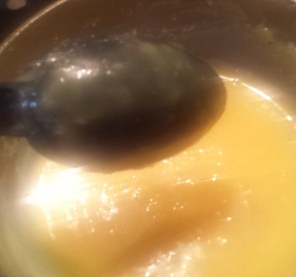 Still, it solidified well in the jar after only a few hours in the fridge and it wasn’t even slightly runny. It did plop off the spoon onto toast in a rather satisfying manner though. 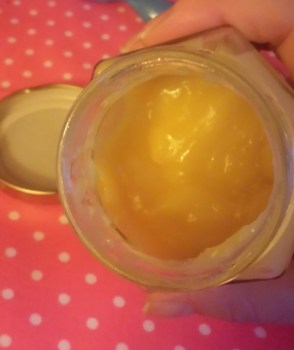 This was a massive hit and I’ll certainly be trying it out again soon!