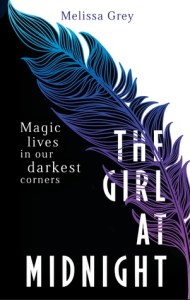 ‘She had gone to the library in search of hope, but what she’d found instead was a child. It would take her many years to realize that the two were not so different.’ Loc 90

This is my A Book With Non-Human Characters choice for the 2015 Reading Challenge.

Beneath the streets of New York City live the Avicen, an ancient race of people with feathers for hair and magic running through their veins. Age-old enchantments keep them hidden from humans. All but one. Echo is a runaway pickpocket who survives by selling stolen treasures on the black market, and the Avicen are the only family she’s ever known.

Echo is clever and daring, and at times she can be brash, but above all else she’s fiercely loyal. So when a centuries-old war crests on the borders of her home, she decides it’s time to act.

Legend has it that there is a way to end the conflict once and for all: find the Firebird, a mythical entity believed to possess power the likes of which the world has never seen. It will be no easy task, but if life as a thief has taught Echo anything, it’s how to hunt down what she wants . . . and how to take it.

But some jobs aren’t as straightforward as they seem. And this one might just set the world on fire.

What a beautifully written, well developed, magical read this was! I devoured the majority of this book in one sitting.

Echo is a human girl full of spunk and sarcasm. She’s not afraid to speak her mind and is constantly getting into trouble. Echo has been raised by a race of creatures that are mostly human in form except for the fact that their body is covered in feathers instead of hair and they have bird like eyes. They are a magical race know as Avicen. The Avicen have been at war with a race know as the Drakharin (who have a similar appearance except they are covered in scales like reptiles) for FOREVER, although both races have pretty much forgotten why.

Echo finds herself in the middle of this war when she accidentally stumbles across a clue to the whereabouts of the (long believed) mythical Firebird. The Firebird is supposedly the key to ending the war. He who possesses it can control the outcome. Echo must find the Firebird first to prevent it falling into the wrong hands, but this is a no easy thing considering there are Avicen and Drakharin who would like to get their hands on it.

Melissa Grey had a beautiful way of making everything come to life. Her descriptions of the many different countries that Echo hops between were just amazing. I felt the novel flowed really well, with characters always seeming to meet at just the right time to keep you wanting to read just one more chapter. I loved the relationships and how they grew. Echo and her friend Ivy find themselves taken prisoner by the Dragon Prince Caius but in a strange turn of events, find that they must team up to stay alive. With Caius comes Dorian his loyal servant. And throw in the ever so over the top Peacock Avicen Jasper and you have the best set of characters I’ve seen in a long time.

There was so much about this book that was great. And I can’t help but sigh at the thought that I will have to wait over a year for the next installment! I need more of the magic of traveling through dark dust portals, I need more of Echo’s feisty, quick wit and I definitely want more of Dorian and Jasper!!!! Melissa Grey just drew me in and has left me wanting!

Many have compared this to Daughter of Smoke and Bone and City of Bones and yes there is a huge list of similarities between them but who can’t enjoy a book that  combines the magical story-lines of Daughter of Smoke and Bone with the well-developed and humorous relationships of City of Bones??? Top that off with an impressively gorgeous writing style and this can only be a winner in my eyes. Yes, perhaps if you are looking for something totally unique then this probably isn’t for you, but if you want to delve into something that feels familiar and yet still totally enjoyable then give this a try.