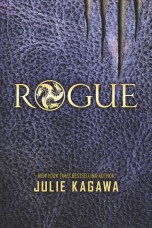 Thank you to the publishers for a chance to read this book in exchange for an honest review!

Ember Hill left the dragon organization Talon to take her chances with rebel dragon Cobalt and his crew of rogues. But Ember can’t forget the sacrifice made for her by the human boy who could have killed her—Garret Xavier Sebastian, a soldier of the dragonslaying Order of St. George, the boy who saved her from a Talon assassin, knowing that by doing so, he’d signed his own death warrant.

Determined to save Garret from execution, Ember must convince Cobalt to help her break into the Order’s headquarters. With assassins after them and Ember’s own brother helping Talon with the hunt, the rogues find an unexpected ally in Garret and a new perspective on the underground battle between Talon and St. George.

A reckoning is brewing and the secrets hidden by both sides are shocking and deadly. Soon Ember must decide: Should she retreat to fight another day…or start an all-out war?

So here we are at the end of book two in a series that involves a love triangle  (I don’t always deal well with love triangles, I find very few of them acceptable) and I’m giving it 4 Voodoos, what’s happened?! Well, basically I’ve been enjoying myself ignoring Garret, which is odd as usually in love triangles I’m supportive of love interest 1. However perhaps it’s because in the book, they’re reversed?
But anyway, I stand where I did at the end of book 1, I’m 100% backing Cobalt and Dante is an idiot. (Ember is a little bit too,but not nearly so much as her brother.) And this ending has made me somewhat happy!

Despite the whole love triangle thing  and my going on about it, it’s actually the sub current to this book and I’ll say it again, it’s one of the less annoying ones.This book shows Talon is just a whole bunch of bad. And St George is a whole bunch of crazy. The mystery of what exactly is going on is beginning to get to me now though! Are Garrets’ fears true?!  (And WHAT has Talon been planning all this time?)

This book picks up almost right after the first book ends and also happens quite quickly and despite the added narration from Dantes’ point of view we still don’t get too much information about Talon, though considering comments at the end and the NAME of the next book, it seems like we’ll get some more information about St.George at least, but according to lists there’s going to be AT LEAST 5 books in this series so we’ve a while to wait for a conclusion. This is frustrating, but at the same time it shows that they may just fight this war out till the end and that’s going to be all sorts of amazing.

Honestly though, the whole English stereotype is beginning to get on my nerves now. We don’t use the word ‘mate’ so much is polite conversation. And when did that become our stereotype? I thought that was an Australian one?! (Sorry Australians.)

I’m quite pleased I accepted the offer to read this book as I don’t know that I’d have read this series otherwise but I’m now invested in this story. Is it 2016 yet?