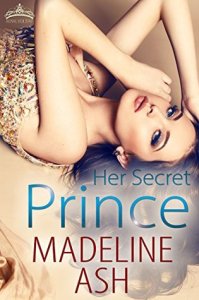 “‘I’ve been left behind by everyone I’ve loved, you know. No one means to hurt me. There’s always an infuriatingly valid reason. But it still hurts.”‘ Loc 295

At sixteen, Dee Johnson gambled her heart on her best friend Jed Brown – and lost when he disappeared without a trace.

Ten years on, Dee’s life is uprooted when Jed turns up on her doorstep, asking for her help.

Dee has been left behind by everyone she’s loved: her parents, her close friend Alexia, and a stream of lovers. She moves fast with men and suspects this is why they move on fast. Now that’s Jed’s back in her life, she’s taking no chances. Despite the attraction ripping at her seams, she holds back, knowing she wouldn’t recover from being loved and left by him a second time.

A constant traveler, Jed has only felt at home once in his life – with Dee. Now that he’s found her again, he’s determined to make up for lost time. He’ll never leave her again.

Until an unexpectedly royal revelation threatens to strip Jed of his freedom and future – including his place by Dee’s side.

This was a short and sweet story of a girl who fell in love with her best friend, however the night she declares her love, he and his mum up and leave. 10 years later they are reunited and romance ensues. It was predictable but cute.

I was surprised by how quickly this story moved! It almost seemed as though it was rushing from one event to another. It didn’t seem to have time for any situations to develop before they were resolved. I’m not sure if I liked this or not. But I know would have liked a little more suspense over the will they or won’t they get together part…

Alexia was very direct and blunt and as a result there was no dancing around feelings. If she wanted him to know she was hurt but still fancied him, she said so, if she didn’t like something, she said so, if she wanted coffee, she demanded it… like right now! and so on and so on. She was a very demanding character and while I liked small things about her, overall I found her annoying. I liked Jed though. He was sweet, especially because he came looking for her. Although 10 years later??? Seriously? He did need a little more fleshing out though, I think. He seemed a little 2 dimensional to me.

There’s really not much more to say other than it was an easy and quick read at 117 pages, and would be good for those who looking for a light read between those heavier romances.