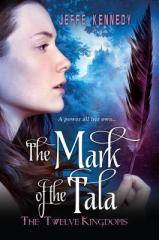 Queen Of The Unknown
The tales tell of three sisters, daughters of the high king. The eldest, a valiant warrior-woman, heir to the kingdom. The youngest, the sweet beauty with her Prince Charming. No one says much about the middle princess, Andromeda. Andi, the other one.
Andi doesn’t mind being invisible. She enjoys the company of her horse more than court, and she has a way of blending into the shadows. Until the day she meets a strange man riding, who keeps company with wolves and ravens, who rules a land of shapeshifters and demons. A country she’d thought was no more than legend–until he claims her as its queen.
In a moment everything changes: Her father, the wise king, becomes a warlord, suspicious and strategic. Whispers call her dead mother a traitor and a witch. Andi doesn’t know if her own instincts can be trusted, as visions appear to her and her body begins to rebel.
For Andi, the time to learn her true nature has come. . .

So I’m reading this series because I requested number 3 from Netgalley – without realising it was a number 3…oops. But this is another happy accident and I’m sorry, but I’m rushing this review out now so that I can move onto book 2. This can’t be a repeat of the Lunar chronicles where I did a series review because I read them all back to back, because I have to fully review the third one for Netgalley. But this is all irrelevant to the actual review…

The high king reminds me of someone but I can’t tell you who because it will just give away too much. But boy does he remind me of that person! And I mean, as a character, not that he’s a copy or anything.

I have to admit I’ve been struggling to review the first books in series recently, having grown accustom to reviewing standalones. It’s so much easier to review a story in its entirety, which is hard when there’s more to come, but I like this. A little bit paranormal, a little bit fantasy, a little bit adventure and a little bit romance.

Andi is the middle daughter of the high king, she’s not the Heir and she’s not the stunning beauty her younger sister is, she’s practically invisible, which is the way she likes it. She’s mysterious and not always paying attention and usually that type of character is rarely first, usually somewhere in the middle (Haha) or even last, the most overlooked being the most spectacular. But then, her sisters have stories still to be told, so perhaps at the end she’ll be just as invisible as before?

This book has some amazing language in it, at one point, when describing something it was all “smelled of emerald.” and “Sounded like sugared Berries.” Which was just so interesting.

I cant wait to find out more about this world as the sisters do. Amelia is next, the pretty one. I wonder how this will go down….

2 comments on “Review: The Mark of The Tala”