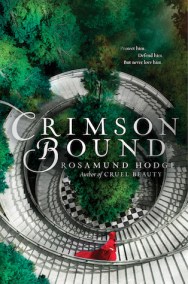 When Rachelle was fifteen she was good—apprenticed to her aunt and in training to protect her village from dark magic. But she was also reckless— straying from the forest path in search of a way to free her world from the threat of eternal darkness. After an illicit meeting goes dreadfully wrong, Rachelle is forced to make a terrible choice that binds her to the very evil she had hoped to defeat.

Three years later, Rachelle has given her life to serving the realm, fighting deadly creatures in an effort to atone. When the king orders her to guard his son Armand—the man she hates most—Rachelle forces Armand to help her find the legendary sword that might save their world. As the two become unexpected allies, they uncover far-reaching conspiracies, hidden magic, and a love that may be their undoing. In a palace built on unbelievable wealth and dangerous secrets, can Rachelle discover the truth and stop the fall of endless night?
Inspired by the classic fairy tale Little Red Riding Hood, Crimson Bound is an exhilarating tale of darkness, love, and redemption.
(This is a standalone novel, not part of the Cruel Beauty Universe.)

I love Rosamund Hodges’ writing, but it never satisfies my need for a well rounded ending, seriously, it’s a stand alone, so where’s the rest of the ending?!. It was light on the romance this time, which I found odd, having been reading stories that were heavy on the romance and light on the backing plot this week.

This one is based on Red Riding Hood, loosely. If you walk into this expecting to see Red Cloaks, Devouring Wolves and disguises all over the place, you’ll be mostly disappointed. That’s not to say they’re not there, they’re just well hidden! The aunt may well be the grandmother and the big bad the wolf, but the pattern is very loose, you’ll have to keep your mind open to spot all the similarities. It wasn’t until I came to write this review that I found all that I have!

The world this story is set in is, as always, so imaginative and well laid out but I’d quite like to have spent more time there, especially now that it’s all new and safe and stuff. As to the characters, well I was reading this, waiting for the romance between Rachelle and Armand so I wasn’t really paying too much attention to anyone else. I’d like to have known more of Armand though, while this was from Rachelles’ point of view and so we got her back story, we didn’t see much of his. All we know of him is the person he’s become in the last 6 months of his life.

I’d also like to know more about the woodwives. Obviously they’re some form of wise woman and they wear red cloaks. But why? What else can they do? Gap here, please fill! 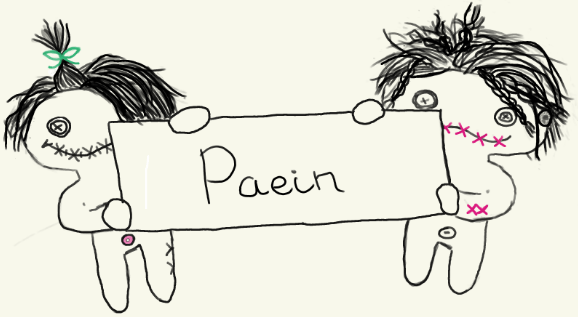