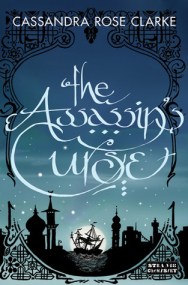 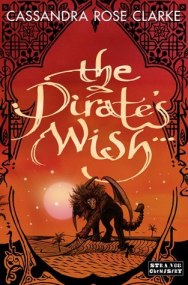 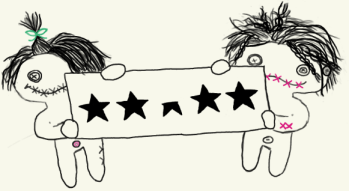 “I was dozing on the sand, drowsy from the heat of the fire, when Naji shook me awake hours later. I rolled over and looked at him. “You’re alive,” he said. “Course I’m alive,” I snapped. “You’re the one who keeps passing out.”  – The Assassin’s Curse

I’m reviewing these guys together because it’s just one story over two books.

I’m not joking around, it really is one story. Book 2 starts perhaps less than 5 minutes after the end of book 1. Well, there could be up to a month between them to be fair, time is like that at that point in the story….

The Assassins Curse: Ananna abandons ship when her parents try to marry her off to another pirate clan, prompting the scorned clan to send an assassin after her. When She faces the Assassin, armed with magic she doesn’t know how to use, she accidentally activates a curse binding them together.
To break the curse, Ananna and Naji must find a crew crazy enough to sail them to the feared floating islands so that they can seek the cure from a hermit wizard, there’s no time for the growing affection between them.

The Pirates Wish: Stranded on an enchanted island in the north with nothing but a sword and their wits, they are now armed with the answer to Naji’s curse –complete three impossible tasks. The end is in sight! But Naji has unseen enemies, and Ananna must face angry pirates bent on revenge. And then there’s the manticore…
Old friends return, new ones are found and freedom  is within reach in the final instalment of The Assassins Curse!

Ok, still unsure about reviewing them together, but since I read them back to back, remembering what happened in which when is not that easy so here goes!

I really liked these books. A better class of adventure than some things I’ve been trying to read lately, though I had trouble some with Ananna’s double negatives. My brain just started translating them after a while and when I stopped and looked I got rather confused. (I also had trouble with her name as it’s not far off Alanna, the main character in the Song of the Lioness Quartet, a favourite set of mine). Also, Assassins and Pirates? Is it even remotely possible to not be interested in reading this book??!

This book is in first person so I feel that how Ananna felt about herself should have features a little more in the first book to balance out the second. And she really needs to learn to shut up and listen! I did love the transition her character went through though, she developed well and even forced a change on Naji. Ah, but I do wish we could have seen into his mind. Especially all the times he pulled an odd expression she didn’t understand. The thing with first person books is that there is rarely the same story from the other persons perspective and it’s something I love, to see both sides of the story.

I’ve read both the prequel novellas which gave us insight into characters and not so much the world (I read them after, it’s often the best way, except with The Throne of Glass series, the prequels are like an intro and pretty important to be read first) but I feel there should be more to this world (with these characters involved somehow) after these two books. The world they are set in is so rich with possibilities and undiscovered information I feel that a lot more can be done there. I do hope that the two future books on her Goodreads will be set in this world too.

UPDATE: THEY ARE! I’M SO EXCITED: “We are absolutely over the moon to announce that Strange Chemistry has signed up Cassandra Rose Clarke for another two novels, set in the same world as The Assassin’s Curse/The Pirate’s Wish duology. The deal was done between Amanda Rutter and Stacia Decker of the Donald Maass Literary Agency. The two novels will be called The Wizard’s Promise and The Nobleman’s Revenge, with the first one landing mid-2014.”