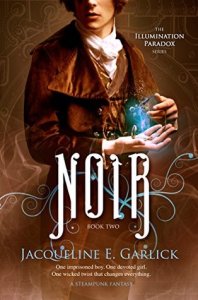 Thank you to Netgalley, the publisher and the author for giving me the chance to read this book in exchange for an honest review!
Published: 22nd September 2015

With Urlick imprisoned for the murder of Professor Smrt, Eyelet must find her way back through the Infirm-infested woods, to the forbidden city of Brethren, to free Urlick before it’s too late.

Along the way, she elicits the help of Crazy Legs, Urlick’s longtime friend. Together they overthrow a travelling freak show train destined for Brethren, with plans to use it to distract the city, so Urlick can make an escape. But Eyelet is lead astray, when a haunting image from her past appears in an abandoned factory at the edge of town. There she unearths a series of ungodly secrets and soon finds herself, imprisoned.

Will C.L. be able to save them both from their fates?
Or will he too, fall prey to the tyranny of Brethren’s newest Ruler?

Rumor has it the Ruler has secrets of her own.
Secrets she’s determined to keep.
Seems an heir may have been overlooked.
The true heir to the Commonwealth throne.

Noir is the second novel in the Illumination Paradox series and again its full of action, amazing inventions and great world-building. Again, it’s all told in first person but now along with the views of Eyelet and Urlick, we also get chapters from Flossie’s and C.L.’s point of view. I really liked getting a little bit more from both of these characters but I did find C.L.’s chapters a little hard to read as its all written in a ‘cockney’ style, with quite a lot of words abbreviated.

We were introduced to a new set of villains, which take the form of Flossie’s Mother and Aunt. One is the new ruler of Brethren and set on ULTIMATE POWER (like any good villain) and the other is the head of the Madhouse, who watches over the ‘Mad’ and overlooks the torture of them (to make them better… of course). It was easy to hate both of these women, because they were so selfish and twisted.

Eyelet and Urlick were separated for most of this book. Urlick was arrested and carted off to Brethren and jail, while Eyelet was shipped off to the Madhouse after being captured trying to plan Urlick’s rescue. It was a very stressful affair. These two can never catch a break!!

I have to admit that Eyelet’s storyline, for me, was more interesting than Urlick’s. I think it was because of how interesting the whole madhouse was! The madhouse was insane! Literally, it was the most mind-bending experience in this book! With continually moving walls, and pin-beds that knock you out, and only fifty people out of thousands getting fed a day… uuurggghhh that scene still makes me shudder (you will know it when you read it)… I had no idea how they were ever going to get away!

I enjoyed the new characters that joined up with C.L and Eyelet from the Freakshow etc. They were all really likeable but I need to know more about their back stories, they must have the most amazing pasts! Livinea especially sounds like she’s going to have the most remarkable history.

Romance wise, yes the romance has a few moments to progress but I don’t know if it was necessary. I enjoy their relationship but a certain love scene left me feeling a bit awkward, maybe because I don’t expect sex scenes in a YA.

Overall, I don’t think I enjoyed this book as much as its predecessor but it was still entertaining. I think it comes down to the fact that this felt-like/is an in-between novel as it didn’t answer all the questions left from Lumiere, such as what is Lipidious or why the villains are obsessed with it, but raised even more. But one things for certain, I still love how fascinating the world of Brethren and Gear is, and how incredible Jacqueline Garlick’s imagination is and I can’t wait to see what happens next in this Steampunk series!