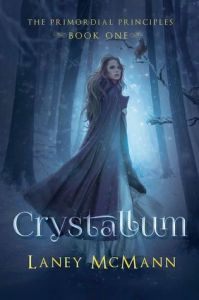 Thank you to Netgalley and the Publisher for giving me a chance to read this book in exchange for an honest review.
Publish date: 21st September 2015

Kadence Sparrow wasn’t born a devil’s child—she was turned into one. Now, she’s hiding from the truth, and running for her life.

For years, Kade’s true nature has lurked behind an illusion, so when her dad gets another job transfer, she knows the drill: no close friends, no boyfriends, and most importantly: don’t expose what she is. Ever. Keeping secrets is easy. Lies are second nature. So is the loneliness—and the fear, but when the Shadows attack, and Kade meets Cole Spires, she could expose everything she’s trying to hide.

As one of the Celestial Children, Cole lives by an oath: defend the Ward, protect the Primordial race, guard the gateways, and stick to his own. Everything else is a distraction, and besides, he’s lost enough. Cole’s job is clear, and no one his age does it better. So, when he meets Kade in a club downtown, he assumes she just wants his attention. Most girls do, but Cole soon realizes … Kade isn’t like most girls.

The children of heaven and hell are living among us, fighting an age-old war. And falling for someone from the opposition is not an option. But a chance encounter between Kade and Cole will blur the rules, as Kade’s journey to keep her truth hidden catapults them together and into a web of lies, forcing her to not only face the demon inside her, but to answer the hardest question of all.

Which is thicker—blood or water?

I’m going to be honest and say I was disappointed with Crystallum. I had such high hopes when I picked this up and there were moments that I really liked but for the most part I was playing catch up, trying to understand what was going on.

I requested this because I was wowed by the gorgeous cover and the description, with the opening line ‘.Kadence Sparrow wasn’t born a devil’s child—she was turned into one.’, gave me chills! But almost straight away I felt lost, as I found myself thrown into the action, following two boys chasing shadows through ‘blacked gates’. They kept throwing around words like Gurgulio and Primori or Primordials… and I felt like I’d stepped into the middle of a series! I didn’t understand what was happening or what anything was, and while I liked the sound of what I was reading, I felt like I was being left out of a secret, and I started to feel frustrated. It was quite a long time before I found out what most of the terminology meant.

The plot was simple, Kadence has just moved to Boulder. She’s trying to hide who she really is but seems to have drawn the attention of everyone! This aspect really reminded me of Twilight by Stephanie Meyer, and even more so when she falls for the mysterious bad boy Cole, who is part of a secret race called Primordials! I didn’t mind the Twilight reminders because I really liked that series, but I did find it annoying that the plot kept going backwards and forward with Cole starting to get close to Kadence and then he’s told not to go near her so he backs off, then he’s told to see her, and then she’s made to forget him, etc etc come on! Why? Kadence needed to find out who she is to understand her significance. She is the key… of sorts, and the Draconeum and Nefarius (demons and shadow demons) will do anything to use her to corrupt the world.

Crystallum also reminded me of City of Bones, I’ve only seen the film, but with secret marks, cloaked buildings, and beings that only the Primordials can see it had the same kind of feeling. I also felt confused when I first watched City of Bones but I really love it now that I’ve seen it a few times… I’m wondering whether re-reading this at some point may reveal things that I missed because I was to busy trying to understand the basics…

What I did love was the characters. I really liked Kade, she was a sweet main character, and a classic Mary-Sue (I don’t have a problem with that at all!). She didn’t know what she was and feared everything. I just wanted to hug her and tell her it would be ok. We were supposed to believe she was the most powerful being in the story, with the ability to save or destroy the world, but for the most part she needed to be rescued, which gave us lots of Cole time! I definitely felt the vibes from the romance that developed between Kadence and Cole and I loved all the snatched moments they had together. I also liked Danny and Giselle. I would be really excited to find out more about them. It sounds like they have had hard lives too! I would have liked a bit more of the other characters, because unlike Kadence and Cole, they seemed a bit flat, used mainly as ways to discuss feelings and push Cole and Kadence into the right places for things to develop.

Overall, this story was ok. For me it just seemed a bit muddled, mainly because I found it a little lacking in explanation at the beginning and I felt left behind. But I see massive potential for this series because there were interesting ideas throughout. I would be interested in seeing where this series goes next.

NOTES: To help out anyone who is just starting this and is finding the same, here is what I understood…

1. Primori and Primeva are guardians of the gateways between the planes basically heaven, hell and Earth. Primori and Primeva are basically the same (known as Primordials) but they hate each other because ones more light and the other is more dark. (Basically think how the FBI and CSI act around each other – they grudgingly have to work together but both think they are superior to the other).

2. Nefarius – are shadow demons, they are smoke based and want to pollute the gateways, making everything dark.

3. Darconeum – are Demons, more human/solid than Nefarius, they are also called Devil’s Children. They also want to pollute the gateways, so they can control all the planes.

4. Wardens are like the Government that control the Primori and Primeva, (Think like the Watchers from Buffy)

5. Anamolia – is the ultimate combination between Primordials and and Darconeum, Both dark and light and can destroy everything so both sides would like to either eliminate or control this!