Top Ten Tuesday is a weekly feature hosted by The Broke and the Bookish that other bloggers are welcome to join in, to create Top Ten lists on varying topics. This week it’s Top Ten Halloween Colour Covers.

1 Harry Potter and The Philosophers Stone

When people say “book four is when it starts to get dark, people die” JK argues that book one opens on a double murder, which is pretty dark itself. And I’d agree. So a book of Murders is my first choice! I want to re-read them this Christmas because I hear that Ron is semi-prophetic and I do love Ron. I need to see this.

I read this book this year and something pretty sinister is going on! I never found out EXACTLY what, I believe that’s in book 2, but I don’t want to read that. I think that the ending of the first was fine where it was, I don’t want to read about everything falling apart again!

I read this in 2013 and intend to re-read it next year as I also have book 2. I don’t remember much – I didn’t write up a review. I DO remember thinking the title didn’t quite fit because Alice didn’t seem to travel to another land. There are zombies however. Lots of zombies!

This is set in a world controlled by a police force called ACID. They choose your life partner, when you have a child, even the gender of your child. And if you don’t like it? They change your memories so it doesn’t matter! Jenna Strong is having none of it. A truely horrific concept and an updated version of Orwells 1984

Ok, I haven’t read this one yet, but it turned up today and I can’t wait! Also, there’s a dangerous heist and possible world destruction so it’s perfect!

My other Halloween colour choices are…

This is REALLY FUN!!! The colour I’ve chosen is : 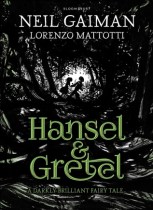 There’s something eerie and unsettling about a green/black combo don’t you think?

I read this earlier this year. It’s not the easiest of books to read. I spent a lot of it trying to figure out what was actually going on so I missed quite a lot of the creep factor. But the ending was very gruesome. A sure fire bet for a halloween read. It’s part of the Red Eye selection, all written in the thriller/horror genre. I’d recommend Frozen Charlotte if you want to check them out.

by A G Howard

I loved this book and the cover is just gorgeous. I’m easily manipulated by a beautiful book and this is definitely up there as one of my favourites. Especially as it doesn’t just stop with the cover. It also has the lovely chapter titles and purple text and great font choices… The story isn’t bad either. All magic and faeries, twisted into a creepy Alice in Wonderland theme. I think you could get away with calling this a halloween themed read… I liked the bug paintings!

With a Witch theme I think this one definitely fits into the halloween feel. I’m probably in the minority with this but, I found Half Wild to be a great improvement on Half Bad (which I found really boring).

You can’t beat a Grimm fairytale at halloween! I really loved the combination of Neil Gaiman’s lyrical writing and Lorenzo Mattiotti’s gothic prints. Unfortunately i don’t think it added anything new to the original Grimm Fairytale but I still think its really pretty and I’m glad I own it!

I haven’t read this yet but it’s everywhere! You can’t escape it! Not sure if I want to jump into it just yet! Sadly apart from being about Vampires and Werewolves, I can’t see myself being frightened by this one this halloween!

Quick Question: I’ve always wondered… is the cover supposed to be some kind of spin on the temptation of Adam and Eve? or is it not really supposed to make sense? If anyone knows the story behind the cover design, please enlighten me. I love a cover story

My other Halloween colour choices are…