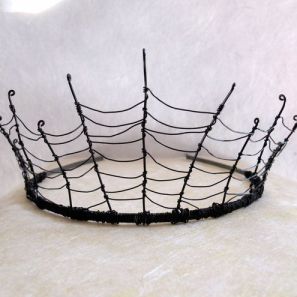 Week three of of Halloween series of Make it Monday brings you…a spider web crown! 100% guaranteed no spiders! Unless you leave it out or add any yourself…

A wire headband
Some thick wire (I used the floral wire from last week)
Some thinner wire – I used 26 gague but you’ll want something thicker I think
Wire tools.

The first step was to remove the wire that came on the band, they leave awful stripes in your hair when you wear it as a band, so remove them and discard. (you may want to re-use the wire or not, it’s our choice.) 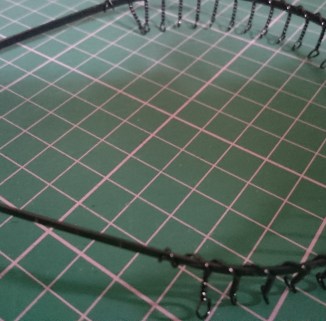 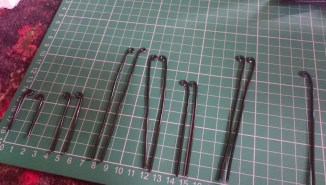 Next I cut a set of pieces of wire in various lengths. One really long one for the middle then sets for the rest. In the end I didn’t use the two longer sets in the middle of the row. Then I curled the ends with some fine nosed pliers before turning the other end into a u shape ready to be attached to the band. I then squished them onto the band. They wobbled, but that was fine, I was just placing them till I wound the wire to hold it in place. (Please see conclusion for an important note) 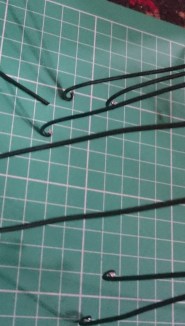 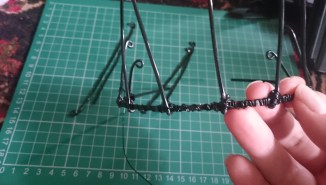 I wound it back and forth, fixing each set at a time, not each side, so that I could get them to be roughly the same each side. Then I wound it between the uprights! I tried to make it a little more random and more spider web like. 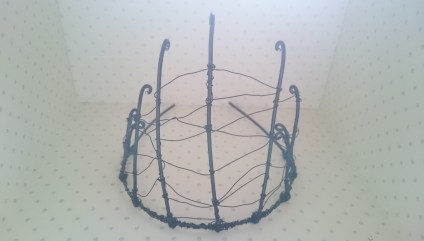 My wire was too thin compared to the floral wire. It looks sort of scraggly. and it wasn’t till I saw the two pictures next to each other when I was making this post that I realised what else was wrong. My uprights go straight up, they needed be angled forward and out to create the tiara shape. So I’m going to have to undo the webbing and angle them out or it will bother me. Till then I was actually pretty pleased with it even if I couldnt work out why it looked weird! Haha.
I also found this relatively easy to make and it was quite therapeutic too. The other problem with it is…it matches my hair colour so if I wear it you can’t see it. I will have to correct it and give it to a blonde and maybe make myself a snow queen crown with a glue gun or something…

I pulled it apart and angle the uprights out at an angle. They could have done with being thinner and therefore closer, but with them splayed out It looked fine. I rewound the wire around it and it looked far better than it did originally! Almost like the example! ok…not quite, but close: 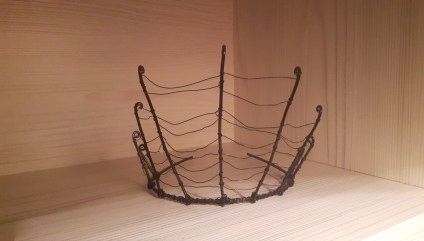