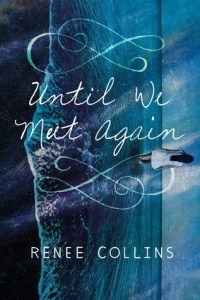 Thank you to Netgalley and the publisher for a chance to read this book in exchange for an honest review.
Published: 3rd November 2015

‘It’s not safe to know Lawrence. It’s not normal. It’s not natural. As this case proves, interacting with him can have serious, even deadly repercussions.’ Loc 1050

They exist in two different centuries, but their love defies time

Cassandra craves drama and adventure, so the last thing she wants is to spend her summer marooned with her mother and stepfather in a snooty Massachusetts shore town. But when a dreamy stranger shows up on their private beach claiming it’s his own—and that the year is 1925—she is swept into a mystery a hundred years in the making.

As she searches for answers in the present, Cassandra discovers a truth that puts their growing love—and Lawrence’s life—into jeopardy. Desperate to save him, Cassandra must find a way to change history…or risk losing Lawrence forever.

This was so adorable. It really reminded me of The Lake House, the film with Keanu Reeves and Sandra Bullock, as the two main characters connect through a significant point and slowly get to know each other, and fall in love. It’s sweet and has a good pace, everything you need from a YA romance.

Cassandra is on vacation with her Mother, Step-father and toddler half-brother. She’s still trying to find her place in this new family dynamic and like most modern teens, can be a little stroppy and defiant. After being escorted home by a police officer she finds herself grounded. She can not leave the grounds of their summer home. Thankfully, for Cassandra, her house has a private beach. YAY! It’s during a rather boring party hosted by her mother… that Cassandra meets a mysterious stranger on the beach, his name is Lawrence and for some reason he thinks that the beach and house belong to his uncle…

I will admit that the detailing of the 1920′s side of this story wasn’t overly in-depth. There were attempts at showing a difference through words like ‘Peachy’ and ‘Dapper’, but not enough to make you fully believe that Lawrence is from the 1920′s, he doesn’t even really question Cassandra’s clothing… but I don’t think that mattered very much in the end. What it did have was feeling and like-able characters and it was that that overwrote all the period issues for me.

I really felt for Cassandra and Lawrence and I wanted them to find a way to be together! The romance grew realistically which was lovely to see. I do so hate insta-love or a romance that feels forced. I had such a warm fuzzy feeling while reading this romance. I liked how the characters developed, especially Cassandra who seemed to grow up without me really noticing, so it must have been a natural progression.

What I loved most about this book was how much it made me think! What would happen if you could interfere with the past? Can you change the past without ruining the future? What would the ripple effect be? It was brilliant and I loved how the effects of the changes they did make, had a massive impact and made the characters really consider their actions. It meant that their romance had a really strong basis because why would you risk everything otherwise?

I thoroughly enjoyed this story, the will they won’t they stop the murder, will they won’t they be together… kept me reading. I can’t really tell you how the ending made me feel without giving it all away but I can say I think it was the best ending, it felt right. I would recommend this book, especially if you’re looking for an easy going time-travel romance. You don’t need to think to much because it flows so well, so, it’s perfect if you’re suffering from a book slump.