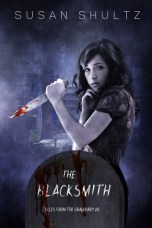 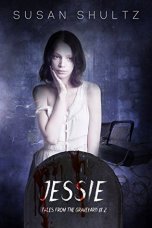 Thank you to Netgalley and the publishers for a chance to read the full collection of these stories in exchange for an honest review.
Published: December 2014 and April 2015.

My name is Ainsley. I live among the dead.

Meet Ainsley. Ainsley lives alone, and she likes it that way. Ainsley has some secrets. Dark secrets.

Sometimes, Ainsley feels like the Blacksmith is the only one who will ever understand her. The Blacksmith resides in the graveyard in her garden. You see, Ainsley’s heart was broken long ago, and now it’s dead. As dead as the Blacksmith’s. They belong together.

Then there’s Sam: sweet, loving Sam. Ainsley was abandoned by anyone she ever loved, but Sam has always been there. If her heart weren’t already dead, Ainsley might even say she loved him.

Not even Sam knows the depth’s of Ainsley’s darkness…and lately, she’s come very, very close to revealing it to him.

This was fascinating to read and that little bit at the end there was somewhat surprising, but I liked it. The story is told in first person from Ainsleys point of view. It’s hard to know if we’re meant to be cheering for her or not, she’s had a bad time of it and…her situation is interesting. At first I thought there was a sort of love triangle the blurb gives that impression, but the Blacksmith is after something else so that’s good.

This is a short story of only 55 pages and from what I can tell, the rest of the series all links in. We’ll be seeing her again soon, from reading the other blurbs, even though the other books are about other people. The next is about one of the ghosts.

My name is Jessie.
And I cannot leave.
~
Jessie has always been an afterthought; forgotten.
At the hands of her cruel mother-in-law and spineless husband, Jessie’s spirit has been slowly broken. She is their household slave, a waste of time and resources, a useless parasite.
That is, until the mysterious Blacksmith comes along, who imbues Jessie with his silence and strength.
Jessie has been abused beyond repair. But thanks to the Blacksmith, her dark heart is finally full.
And for those who have crossed her, nightmares are about to come alive.

This is pretty much a prequel. It goes back to the beginning and tells you how the graves came to be in Ainsley’s garden. It doesn’t quite explain WHERE the blacksmith came from, but it does explain why he stuck around. It’s hard to say too much about this story, again as it’s so short, just 58 pages and I don’t want to give anything away – it’s almost one long explanation. It shows how each of the graves got there from the point of view of the daughter-in-law and mother of the baby. As the next book is about a reporter however, we may just get to learn a bit more about the hows and whyfors.

Also, once I’ve read them all, I’ll be able to review the collection as a whole! At the moment they’re sort of part of the story and it’s as hard to review as an ‘intro book’ – a book one that is just all about the introducing.