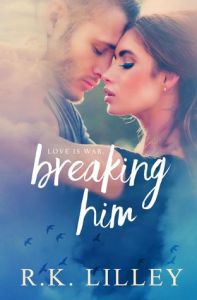 ”No one would ever know me like he did. Understand and indulge the darkness and the lightness in me. The good and the bad. The strong and the weak. Take all of the parts of me that were toxic and soothe them with the perfect antidote.’ Loc 3423

It was the kind of relationship where I invested more than I had to spare.

I gave it everything.

And so when it failed, I lost myself.

I went down with the ship.

My soul, burnt embers in the aftermath.

The fire of him ravaged it all.

Scarlett had always dreamed big. She was headed straight for Hollywood. Destined for silver screen greatness.

But in her wildest dreams she never imagined she’d be broke and single at twenty-eight, doling drinks at thirty-five thousand feet.

She was a glorified waitress in the skies.

It had been years since she’d seen him.

But one day, there he sat, gazing intently at her, ready to set everything ablaze once more.

Sure, she’d play along…but this time, it was his turn.

She was breaking him.

After all, love is war.

My My, what a whirlwind of sexual tension and eventual gratification this was! I can’t say I wasn’t a little disturbed by Scarlett’s self destructive nature or Dante’s obsessive and controlling attitude over Scarlett but I can say that I guiltily enjoyed every minute of their explosive relationship!

We learn through flash backs that Scarlett and Dante grew up together. Scarlett was a scrappy little thing, always getting into fights because she was always picked on for being different. Dante was the only one that stepped up to defend her and from that first moment they were inseparable.

I loved reading the flash back parts of this story because they were perfect. You watched them slowly grow together and how their friendship slowly transitioned to a relationship. It was a beautiful first love, yes they had their arguments and melodramatic tantrums but what teenagers don’t, although some of Scarlett’s outbursts were a little out of the blue. I think she may have needed some counselling too to be honest.

As adults it is instantly clear that something terrible happened between them, (and that it was Dante’s fault – as she refers to him as The Bastard). But we are never told what this terrible thing is. They are brought back together by the death of Gram and off course this traps them together as they go back to attend the funeral. They spent most of the time fighting and sleeping together in an odd destructive way (even though they continued to hate each other). It seemed to be some weird game where they were trying to get one up on each other. This isn’t at all healthy but leads to some rather hot sex scenes non the less. I don’t really agree with the way they behave, mainly because I would have walked away and never looked back but I feel there may be something in the past we have yet to learn about that binds them together… making it impossible for them to ever break away from one another.

I find myself deducting a star only because of the frustrating cliff hanger ending and the ridiculous number of unanswered questions! Like Why did they break up? Why is his mum such a bitch? Who is Scarlett’s Dad? Where did her mum go? WHAT HAPPENED!!! and many more relating to the cliff hanger ending that I can’t reveal without hinting at what happens at the end of the book.

I would suggest that if you are not big on destructive, controlling and manipulative relationships then this book is definitely not for you, just keep walking, but if you want something hot and sexy… possibly as a follow up to reading Fifty Shades??? Then I would recommend this too you. It reminds me of Avoiding Commitment by K A Linde which I would recommend to everyone!