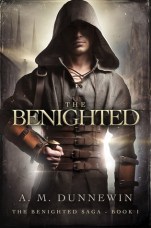 Thank you to Netgalley and the publisher for giving me a chance to read this book in exchange for an honest review.
Published: 25th November 2013

The King was dead.
His body was found slain in his room, only months after his son had been brutally murdered. Skylar Mandolyn, his daughter, has now become the last heir to inherit the throne. But instead of becoming Queen, she has been imprisoned for helping in the escape of Sir Harlin Brien, her knight who was framed for the King’s murder.
Confined to darkness, Skylar’s captors have given her no choice but to yield to a new kind of enemy: a kingdom that has advanced in both technology and warfare. It’s when she refuses that the prison uses its other means of persuasion, and although unmerciful, the whip lashings and isolation can’t suppress the memories of her family’s downfall. Pulled between her subconscious and reality, Skylar already knows who the true enemy is, because even the darkness can’t hide the deceptive hands that have destroyed them all.
With two kingdoms on the brink of war, Skylar’s only hope is in the person who has gone missing—Harlin, the knight who was sworn to protect her. The memory of him surrounds her when the darkness screams louder than the prisoners, and when Death smiles a faceless grin in between the cracks of the stone. While the tremors start to rise from the deep, crawling up through the prison’s walls, Skylar doesn’t realize that she will soon see why he’s one of the Benighted.
The mystery was never how Harlin escaped. It’s how he’ll return.

I didn’t realise the publish date for this one was 2013, which is why I read and reviewed it now.
Shut up.

While reading this book I was horribly confused and I spent forever waiting for her to get out! I wanted so desperately to love this story – and while I DID love the concept, there was little surprise and many issues. Ok we sort of start at the end, but the flashbacks weren’t ever too surprising and they weren’t always that informative.

The time she was in there was a lot shorter than we all think, but even if it wasn’t, there was no way she’d be doing situps so soon after a back lasing unless that gunk was actual magic. I also doubt – even with magic gunk – that they would have damaged her face. They needed it to be unblemished for their plans. There were other things that didn’t add up – too but I can’t remember them now. Luckily, towards the end it picked up a little, even if I’d hoped that would have happened closer to the halfway point. And while I can’t understand why they didn’t get out when they could, to rally and return – now that I know the actual time frame it’s bewildered me.

Having originally decided to not continue with the series, I think I may – because I hope to see Skylar grow strong and fierce. I also want to know more about Harlin.