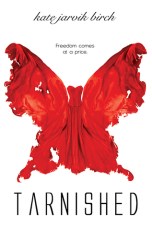 Thank you to Netgalley and the publisher for giving me a chance to read this book in exchange for an honest review! Published: 1st December 2015

Freedom comes at a cost…

Ella was genetically engineered to be the perfect pet—graceful, demure…and kept. In a daring move, she escaped her captivity and took refuge in Canada. But while she can think and act as she pleases, the life of a liberated pet is just as confining as the Congressman’s gilded cage. Her escape triggered a backlash, and now no one’s safe, least of all the other pets. But she’s trapped, unable to get back to Penn—the boy she loves—or help the girls who need her.

Back in the United States, pets are turning up dead. With help from a very unexpected source, Ella slips deep into the dangerous black market, posing as a tarnished pet available to buy or sell. If she’s lucky, she’ll be able to rescue Penn and expose the truth about the breeding program. If she fails, Ella will pay not only with her life, but the lives of everyone she’s tried to save…

Boy! I don’t think I’ve read a sequel this good in some time! To be honest I have few expectations when it comes to teen sequels. They are often let-downs. This seemed to be going that way too, I spent the first half of the book thinking they were all idiots, but for the second half they got on and did stuff. For all that these girls are naive, they seem to be able to get on with things far better than most other heroines, which is just crazy. I was so impressed I marked it high!

I wondered what else could happen and if this was actually a duology, but it’s not. What happened next is actually pretty clever and while it started slowly, it sure picks up in excitement. This sequel has impressed me far more than I thought it would and I can’t wait for the next round of arse kicking. I love how Ella’s character is getting stronger even if it’s not that easy to notice since it’s her head we’re in. I really enjoyed Missy in this one though and I hope we can understand her better later. A nice little novella between 2 and 3 from her POV would be wonderful, thank you.

While I’ve enjoyed this world – though perhaps enjoyed isn’t quite right because those wealthy old men funding this are just gross – I do hope book 3 will be the end. Firstly because that seems to be the magic number these days and second because I don’t want this to be a series that drags.

Of course now I have to wait for ever for book three which is just annoying.