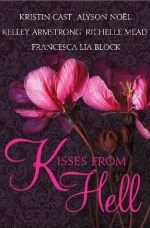 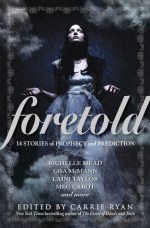 1 “Your hair. Even in the moonlight…it looks like sunshine. I’d never have to go outside again if I was with you.”

2 “ In moments like these, I was glad my old instructors in Russia had grilled me into concealing my feelings— because I was surprised. Very surprised. And as I took this dhampir girl in, I suddenly understood with perfect clarity how they’d eluded us for so long. A network of accomplices? An army? Laurence was a fool. The princess didn’t need a network or army, not when she had this protector.”

3 “If some bloodthirsty monster sprang out of the cockpit, Dimitri would calmly jump up and battle it while armed only with the safety card in his seat pocket. Impossible, dire fights were of no cncern tohim. But seeing his family after he’d spent some time as an evil undead vampire? Yeah, that scared him.”

“Sunshine” is a short story set in the Vampire Academy world and tells how Lissa’s parents met and fell in love.
- Richellemead.com

This is a cute little how they met story about Lissa’s parents. You can read it first if you desire, but it’ll make more sense if you’ve read at least the first book – just with the name dropping. I’ve read the first 3 so far, but I’m impatiently waiting for the other 3. It was nice to see something of Lissa’s parents, because we find out that she takes after them a lot. We also learn her mother’s blood line, which I found interesting too. It’s a shame this ended when it did, I’d have liked to have seen a little more of them together. I’m sure there would have been an almighty scandal and it would have been fun to read! I can just imagine them in the middle of it smiling at each other. I also would have liked to know how the guardians would have reacted once they got back to the house and told them what had happened.

A scene from the first book of the Vampire Academy series, as told from Dimitri’s point of view.
-goodreads

This can be read HERE.

I loved this! But then I always love other POV’s. I’d love to see the whole thing from his point of view to be honest.
We know that Rose surprises him a lot but now we also know he had decided he wouldn’t underestimate her which makes his surprise surprising. In this novella, we see how Dimitri begins to respect Rose and why he sees so much of her potential when others don’t. He also finds her attractive, her looks and her determination appeal to him, but I don’t think he quite understands this yet. I’ve read this after Vampire Academy but I’d be happy to go right back and see if I can see if I can pick up when he starts to realise how he feels for Rose. Though that might need to be another scene from his point of view to fully identify it, considering how little he actually gives away.
Another good scene to see from his side would be catching her with Jesse, this obviously upset him for several reasons that we can only guess at. Actually, all the times Rose surprised him from his point of view would be amazing. Can we have more please?

“Homecoming” takes places after Last Sacrifice and tells the story of Rose and Dimitri as they travel back to Russia to visit his family–and encounter some unexpected obstacles while they’re there.
- Richellemead.com

Disappointed we didn’t get more Rose – Dimitri – Belikov family time, but I guess that would have been too fanfiction-y. Oh who am I kidding, I don’t care, it’d have been warm and fuzzy and funny. I Know it was Dimitri family time, but I’d have liked to have seen them interact with Rose more. Though I guess as far as they’re concerned she’s already part of the family. Not a fan of the whole attitude of ‘Defence not Offence’ thing, even if it’s on their own doorstep! Well, ok, I guess it wasn’t, but still, it’s good Rose and Dimitri were there.
I’d have liked to have seen a little more of Life After too, I’m guessing we’ll see them in Bloodlines, but it wont be from Rose’s POV Which is a little sad. This is goodbye and it had only a fraction more of a The End than the last book.