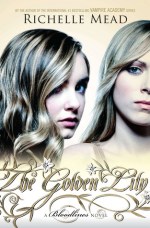 “Relax C. they’re just being nice. it’s not like they work for some spy agency.”
Well, Brayden didn’t.
-Page 126

Sydney Sage is an Alchemist, one of a group of humans who dabble in magic and serve to bridge the worlds of humans and vampires. Alchemists protect vampire secrets – and human lives.
Sydney would love to go to college, but instead, she’s been sent into hiding at a posh boarding school in Palm Springs, California – tasked with protecting Moroi princess Jill Dragomir from assassins who want to throw the Moroi court into civil war. Formerly in disgrace, Sydney is now praised for her loyalty and obedience, and held up as the model of an exemplary Alchemist.
But the closer she grows to Jill, Eddie, and especially Adrian, the more she finds herself questioning her age-old Alchemist beliefs, her idea of family, and her sense of what it means to truly belong. Her world becomes even more complicated when magical experiments show Sydney may hold the key to prevent becoming Strigoi – the fiercest vampires, the ones who don’t die. But it’s her fear of being just that – special, magical, powerful – that scares her more than anything. Equally daunting is her new romance with Braydon, a cute, brainy guy who seems to be her match in every way. Yet, as perfect as he seems, Sydney finds herself being drawn to someone else – someone forbidden to her.
When a shocking secret threatens to tear the vampire world apart, Sydney’s loyalties are suddenly tested more than ever before. She wonders how she’s supposed to strike a balance between the principles and dogmas she’s been taught, and what her instincts are now telling her.

Should she trust the Alchemists – or her heart?

My review for book one can be found HERE.

Just re-reading the blurb as I added it to this review and it seems to reach beyond this book. But no matter.

Well, so many developments. I feel like I have whiplash! Just as one thing comes together, another happens to mess it all up. But this is only book two. There’s plenty of time for things to almost happen and then for our harts to be violently removed against out wills. That being said, I always have trouble with book twos. When it’s part of a set of three it’s that floaty book in the middle, there’s no introducing and there’s no end. When it’s part of a set of six it’s oddly similar, though it’s not the centre book any longer, it still seems to have the same lack of action even though there were fights going on. Perhaps this is a subconscious attitude I’ve developed??!

Sydney is finally growing into herself and it’s nice. She has a long way to go, but hopefully the latest mystery will help her. Her relationship with Braydon was sort of sad in that she didn’t understand what was wrong. She probably still doesn’t but I do think it’s an important part of the book. It helps to show people that if they’re in a relationship but they don’t feel any attraction to the other person, it’s not their fault, there’s nothing wrong with them. There’s also nothing wrong with the other person, you’re just not right for each other. It might seem like a stupid thing to be pointing out, but with all the peer pressure for relationships and romance out there it’s nice to have that little reminder that if it’s not for you, you don’t owe that person anything. I can’t wait to see her realising her feelings later on. She’s all over the place right now, but hopefully she’ll pick it up, she’s smart. What else is sad is the end of this book! Poor Adrian seems to be having a hard time of it, but I do hope it doesn’t take too long for him to find out what it is that has her so scared and I hope he doesn’t crash again, he’s doing so well. But I think he’s grown too, and I’m hoping he’s become in-tune enough to understand there’s more going on here and he’ll be patient.

I was looking forward to Dimitri being around a lot because I wondered if some of his allure was simply because we were spending all our time with someone who was deeply in love with him. But no, he’s just as adorable here too – it’s just slightly less because he’s barely there and Syndey is more focused on Adrian even when he is! As Sonya says of him and Rose:
“Ah, those two. In a fight, they’re lethal. Around each other, they melt.” – page 174

I loved how Adrian’s feelings were bleeding into Jill too! That was hilarious and I wonder how long it’ll be till she works it out. I also feel sad for her, I hope that doesn’t last, but some people get strange notions in their heads.

What’s scary about this plot is that it’s possible. If you’ve read many of my reviews you’ll know that I have little faith in humanity – we’re capable of such horrid things and when these ‘radical’ groups pop up in stories, and even in life, it makes me so sad. The branch off is interesting though, and I’m wondering if there’s another. One that will help Sydney reconcile both sides of herself, because she’s going to need it.
Hopefully everything will be all right and Sydney never has to see a re-education centre. But I bet if she ever does, she won’t be there long. Adrian wont stand for it!