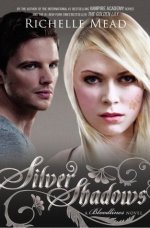 Sydney Sage is an Alchemist, one of a group of humans who dabble in magic and serve to bridge the worlds of humans and vampires. They protect vampire secrets—and human lives.
In The Fiery Heart, Sydney risked everything to follow her gut, walking a dangerous line to keep her feelings hidden from the Alchemists.
Now in the aftermath of an event that ripped their world apart, Sydney and Adrian struggle to pick up the pieces and find their way back to each other. But first, they have to survive.
For Sydney, trapped and surrounded by adversaries, life becomes a daily struggle to hold on to her identity and the memories of those she loves. Meanwhile, Adrian clings to hope in the face of those who tell him Sydney is a lost cause, but the battle proves daunting as old demons and new temptations begin to seize hold of him. . . .
Their worst fears now a chilling reality, Sydney and Adrian face their darkest hour in this heart-pounding fifth instalment in the New York Times best-selling Bloodlines series, where all bets are off.

While this book covers important issues like rape (it’s not the victims fault) and contains scenes of torture that some may find upsetting, I got quite annoyed with it. The break in took forever to happen and it seemed like silly stupid things got in the way. Much of the after made sense, but it just was so drawn out. Perhaps because we were covering the same time twice from two points of view. There just seemed a lot of running around – or not running around, depending on the POV.

I also think that Adrian was being a little silly in NOT announcing the whys of his panic or contacting everyone he knew with connections…I was also disappointed at the lack of fireballs and so on earlier on and annoyed at the depth of the alchemist knowledge. I did enjoy the running around Vegas and their return, that was pretty entertaining however. But that last situation there, that’s obvious whose done that. Something pretty massive must be going to go on to resolve all this, there’s only one book left. I’m not completely convinced I care too much anymore, but one thing is for sure. The next book will make or break this series.