We are very excited to announce that this weeks Top Ten Tuesday has been provided by Author,
Mark Gelineau!

Mark Gelineau is one half of the amazing writing duo Mark Gelineau and Joe King. Regular followers of our blog will know how obsessed we have become with their high fantasy novella series, Echoes of the Ascended.

We’ve loved seeing what Mark likes to read when he’s not concentrating on the next instalment of our favourite series. We hope you do too!

Top Ten Tuesday is a weekly feature hosted by The Broke and the Bookish that other bloggers are welcome to join in, to create Top Ten lists on varying topics. This week it’s Top Ten Books I Really Love But Feel Like I Haven’t Talked About Enough/In A While

I’m Mark, one of the authors for the Echoes of the Ascended novellas.  The wonderful ladies here at Paein and Ms4Tune have been kind enough to offer me a spot to talk to you lovely people.  They presented me with a topic that I absolutely jumped at.  So here then, in particular order, is a list of ten books I REALLY LOVE BUT FEEL LIKE I HAVEN’T TALKED ABOUT ENOUGH.  Well, plus a few honorable mentions as well.  Check them out and comment with your own books you love but don’t talk about enough.

Might seem like an odd choice leading off with a comic, but I saw a copy of Absolute Planetary at the library and immediately knew I had to put it on the list.  Warren Ellis’s Planetary is a comic about many things.  Secrets, pulp adventure, homages to great characters in literature.  There is a singular joy in recognizing the many homages that Ellis weaves into the story.  But more than anything, it is about stories.  It is a perfect combination of both brilliant and fun, and deserves to be talked about way more than it is.  Read the whole run and see all the pieces fall into place in beautiful precision.  And, because this is the Absolute version, you also get a few bonus Planetary stories, including Planetary/Batman: Night on Earth, which is so utterly delightful.  It is all so very, very good.
…
Honorable mention:  Transmetropolitan by Warren Ellis
Cyberpunk Hunter S. Thompson.  Don’t tell me that doesn’t sound awesome.

Tim Curran here has created one of the best Lovecraft-esque stories I have ever read.  The plot is simple:  boat full of working class guys gets lost in the mist and arrives…somewhere else.  But it is what they find there that makes the book so frightening.  The whole book is tense, but there is a sequence onboard an old navy ship that is one of the scariest bits of writing I have seen.  Some really great stuff here, and Curran does not pull punches.
…
Honorable mention:  The Hive.  Curran does At the Mountains of Madness meets The Thing.  Very cool
Links: Amazon.com, Amazon.co.uk

I’m a horror guy.  I love horror movies.  I love horror books.  But I have a strong preference for horror that is more supernatural than splatter.  FG Cottam’s The Colony just hits all the right buttons for me.  A lost colony on a mysterious island.  Creepy ghostly footage.  A scientific expedition setting out to investigate. I’m so there.  The book drips with mood and atmosphere, and the genuine sense of unease it generates is awesome.

Hey kids, you like steampunk?  You like Firefly?  Yeah, me too.  So it should come as no surprise that I think Retribution Falls is awesome. It feels like the lovechild of these two things.  However, simply referring to it as a mix of those two influences is actually a disservice to the great story, world, and especially characters that Chris Wooding has crafted here.  There are few things better than finding a book that is just plain fun.  That you can lose yourself in.  I am genuinely shocked by how often, when I bring up this book and the rest of the Ketty jay series, that people haven’t heard of it.   Absolutely a blast.

Dragonflight has been getting a lot of talk recently, appearing on a number of lists as one of the top fantasy properties that would be awesome as a tv show or movie in this post Game of Thrones world we now live in.  I am bringing it up here because I still think that there is not enough talk about this.  Anne McCaffrey’s first book in her Dragonriders of Pern series was another early fantasy book for me.  I still remember reading this and the other books in the trilogy (Dragonquest and The White Dragon) after seeing the beautiful cover art.  I do think this would be an amazing show or movie, but if you have never read them, don’t bother waiting.  Get in on the next big thing before it actually is even a thing. 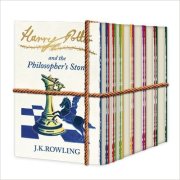 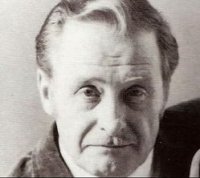 6 Harry Potter (all of them)

Ok, now i know what you’re thinking.  I thought this post was supposed to be about books that don’t get talked about enough.  Why is he talking about Harry Potter of all things?  Well, I wanted to bring up the Potter books because of something that Rowling does that is genuinely AMAZING, but does not get noticed nearly enough.
…
She captures age perfectly.
…
You see, in my secret identity as a teacher, I deal with adolescents.  And I watch the dramatic changes that they go through from one year to the next.  And when I read the Harry Potter books, the first thing I noticed by about book three or four is that Harry is kind of a dirtbag to his friends.  He gets whiny.  He gets self-absorbed.
…
In other words, he acts like a real teenager.
…
While the magic of the Harry Potter books get all the attention, it is the realism in them that is their real secret.
…
Links: Amazon.com, Amazon.co.uk

Neil Gaiman and Terry Pratchett.  I’ll let that sink in for a moment.  Yes, both of them.  Writing together.  About the Apocalypse.  And it is hands down one of the funniest books I’ve ever read.  Smart and fun, and a joy to read.  This book does not get nearly the love it deserves, even with those names attached.  If you like either Gaiman or Pratchett and you haven’t read this book yet, you are missing out.

8 The Dark is Rising

As a teacher, when students are looking for a book to read and I know they might be at all interested in mythology or fantasy, this is my go to recommendation.  Susan Cooper weaves the mythology of Britain and Wales into her work with a deft hand, and creates an amazing YA book that is smart and compelling.  There was a movie made.  It had Ian McShane in it, who is awesome, but other than that, read the book instead.

Written by Mark Frost of Twin Peaks fame, The List of 7 is just awesome.  It features Sir Arthur Conan Doyle as the main character, a hearty helping of the occult, and a ton of pure pulp adventure.  One of my favorite categories of books is what I call “Airplane books,” basically books that you would love to have with you on a long flight.  This is one of my top airplane books.

10 The Belgariad and The Malloreon

More than any other books, these were the ones that not only cemented my love of fantasy, but taught me about the power of characters that you absolutely love.  The family dynamic between Belgarath, Polgara, and Garion still warms my heart, and Kheldar of Drasnia, or “Silk” is still one of my all-time favorite characters ever.  I loved this series so much when I was younger that to this day, I have never read the last book, because I cannot stand the idea that it would end things.

So there you have it.  A list of ten (and change) of some books that I love, but for some reason, don’t end up talking about nearly as much as I should.  I have to give a huge thanks to Paein and Ms4tune for this opportunity.  Not only to talk to you all here, but to think about this awesome topic.  It brought me down memory lane, and I rediscovered books that fundamentally deserve to be rediscovered.  I would love to hear from you about books that you feel the same way about. Talk about them in the contents.

And check out what we are doing with our four series of fantasy novellas over at www.gelineauandking.com.