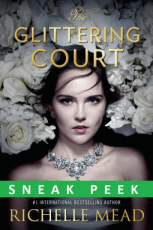 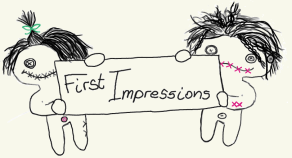 Thank you to Netgalley and the Publisher for the chance to read this extract in exchange for an honest review.
Publish Date: 5th April 2016

Big and sweeping, spanning the refined palaces of Osfrid to the gold dust and untamed forests of Adoria, The Glittering Court tells the story of Adelaide, an Osfridian countess who poses as her servant to escape an arranged marriage and start a new life in Adoria, the New World. But to do that, she must join the Glittering Court.

Both a school and a business venture, the Glittering Court is designed to transform impoverished girls into upper-class ladies who appear destined for powerful and wealthy marriages in the New World. Adelaide naturally excels in her training and even makes a few friends: the fiery former laundress Tamsin and the beautiful Sirminican refugee Mira. She manages to keep her true identity hidden from all but one: the intriguing Cedric Thorn, son of the wealthy proprietor of the Glittering Court.

When Adelaide discovers that Cedric is hiding a dangerous secret of his own, together, they hatch a scheme to make the best of Adelaide’s deception. Complications soon arise—first, as they cross the treacherous seas from Osfrid to Adoria, and later, when Adelaide catches the attention of a powerful governor.

But no complication will prove quite as daunting as the potent attraction simmering between Adelaide and Cedric. An attraction that, if acted on, would scandalize the Glittering Court and make them both outcasts in wild, vastly uncharted lands. . . .

I entered into this sneak peek with the feeling this series wouldn’t be for me. I wanted to try it anyway, being a big fan of the Vampire academy series. I contemplated giving up reading this at 60%. While not enough for a review, I felt it was enough for a first impressions. I had formulated enough of an opinion and my opinion was this: While it was perhaps not for me, it certainly had a solid beginning and was well written.
As there was no ‘sample option’ on Goodreads however, and being to lazy to add it myself, I decided I should first finish the chapter. Of course this is where things got interesting and I ended up reading the next two or three and I have formulated a new opinion. While this is a type of book I’m slowly going off (it reminds me a tiny amount of The Selection, which focused far too much on the love triangle and not enough on the surrounding plot for me to believe it a good series) the under currents are actually pretty interesting. I may not snap this series up as it comes out, but depending on how long it is (hopefully a duology! or maybe a trilogy) – and the ending of course – I may just pick this up sometime in the future. It’s first person, much like her other series I’ve read and it’s just as well written as those prior series. I think it was simply the topic that prevented me from settling right in like an old friend. Our heroine has a lot of restrictions upon her and she’s limited in her ways to ‘fight’ them.

While I was adding the blurb to this post, I noticed that the main character was referred to as Adelaide. Now this is the name she adopts from her maidservant. I wanted to include her real name in my impressions so I went back to every moment I recalled her being named before the switch, and do you know what? She was called ‘My Lady’ or ‘Lady Witmore’ or ‘Countess’ sometimes ‘My Granddaughter, the Countess of Rothford.’ or even ‘My darling’. She had no name! Now, obviously, she does, but it’s not mentioned (or I missed it). Was it the same as the maid – who went by Ada – is that why she was surprised at her full name? Or is it something that will be revealed in a super secret private moment with a special someone coughcedericcough. This is something that I’m most curious about.

I’m concerned when it comes to Tamsin, we’ve been focusing on Cara as the ‘bad guy’ but I think that Adelaide may end up making an enemy of her too, which is sad.

I’m also curious about Mirabel. She’s Sirminican, which as far as I’ve picked up isn’t the best to be. I believe she’s from a neighbouring country which seems to be collapsing in some form of inter fighting or something similar – her features and accent were different. I’m wondering if she’ll turn out to be some kind of Sirminican royalty or something? I don’t know why I’ve thought this – she has many conversations with Cedric, but I wonder if this is related to religion, which is another interesting sub-plot that’s going on too, and not anything else.

I have to say I’ve really enjoyed writing this first impression, I’ve been able to share little bits and my speculations in full because I know no spoilers. I always struggle when I have to hold something back, I’ve been told I give too much away when summarising things so I tend to err on the side of caution these days.

Would I consider reading this?

To whom would I recommend this?

Fans of The Selection series perhaps. Those who like a smart female lead who is likely to get herself into trouble. Possibly not for fans of Vampire Academy, while Richelle’s excellent writing is present once more, the restrictions in this setting will make Adelaide quite different to Rose, but boy do I hope Cedric is her Dimitri.