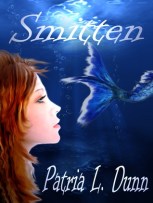 Waterville, Maine is exactly where Alana Cassidy never expected to end up. Just across the river from Winslow, the town she grew up in, it is where she is now forced to call home. Placed in a horrible foster home, with equally horrible foster parents, the death of her mother and father five years ago was only the beginning of the nightmare her life has become. All she wanted was out of the life she hadn’t wanted, and the opportunity just presented itself, sooner than the eighteenth birthday she’d been looking forward to.

Jonas of Altonia: former guard of the King’s court, banned from his home, injured and dying he waited out his fate, hidden under a forgotten dock deep in the woods behind the Pernickle’s farm. He hadn’t wanted to be saved, but she’d heard his song, planting a seed that took root the second she dragged him free of what would have been a fresh water grave. He’d expected her to be frightened by his kind…it was in all the stories. It was forbidden for Merman to show themselves to human kind, and yet, she hadn’t tried to kill him. It hadn’t been his intention to take her from her world, back into his, but she had nothing to lose, and he had everything to gain. Smitten by his essence, and desperate to get away from it all, Alana can’t see past the ocean’s call within his eyes. She needs a way out, and he just might be it. (from author’s website)

I…don’t really know how I feel about this to be honest with you.

Pretty sure that no foster care could be THIS bad. there will be bad ones no doubt, but this level of filth would not go un-challenged or un-noted. Especially with a baby in residence. Also, with what they’re trying to do, pretty sure permission needs to be gained and an inspection??
The Pernickles really reminded me of Mr and Mrs Twit! It’s weird.

I also don’t get why she agreed in the end. Was it because of the pull of his eyes? She wasn’t going to before. And with those conditions, it’s just silly.

Aside from these things, it was well written, it kept me going until the end, unfortunately it wont keep me going into the next book. I did like the bit we learnt about the mer society though and Jonas’ physiology too. The science side seemed quite legit to this non sciencey person.