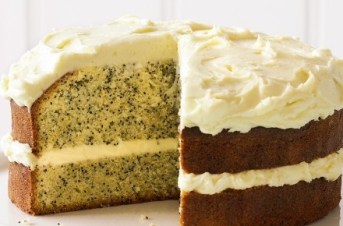 Ok, I cheated, that’s not a photo of my cake. But it’s in the freezer!

So there’s a celebration on Saturday which involves large quantities of cake (but we’ll come back to that later)  and in thinking what other cakes I could make for it, this one came to mind, I haven’t made it in some time but it’s a firm favourite. It’s actually a cupcake recipe: 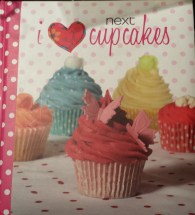 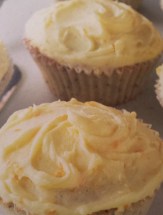 When I usually turn it into a cake I usually double the mix, though possibly tripling or even quadrupling the stuff might give you a better cake. This time I was making One whole and two half tray bakes so I double quadrupled it (because I couldn’t work out what making it x8 was. Octruple? Ha that’s so wrong spell check suggests ‘plectrum’). This made a very thin tray bake however so if this is your intended purpose, a quad quad might be a better plan. Just sayin.

I tend to add more orange rind than it suggests a whole where it says a half, but that’s really the only difference to the recipe  I make, other than making more. Makes a better cake than tray bake I’d say, but that’s possibly just cause I’ve discovered I’m not a fan of mass producing cake.