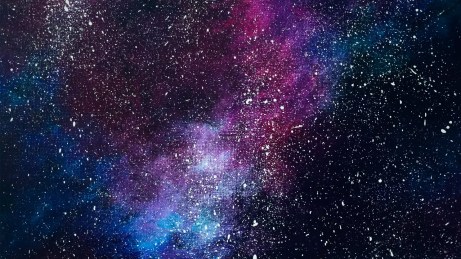 Or…anything galaxy really, it doesn’t have to be a notebook.

So I’ve had my bullet journal for just 2 months and already I’m not a fan of the colour ( we wont go into how slack I’ve been with the inside this month) so what better way to fancy it up a little than paint and glitter! Because glitter needs to be involved here.

You’re going to need acrylic paint for this, depending on what you’re painting, this is one of the most versatile. The colours you get depends on the type of galaxy you want to be painting. I got all these colours: 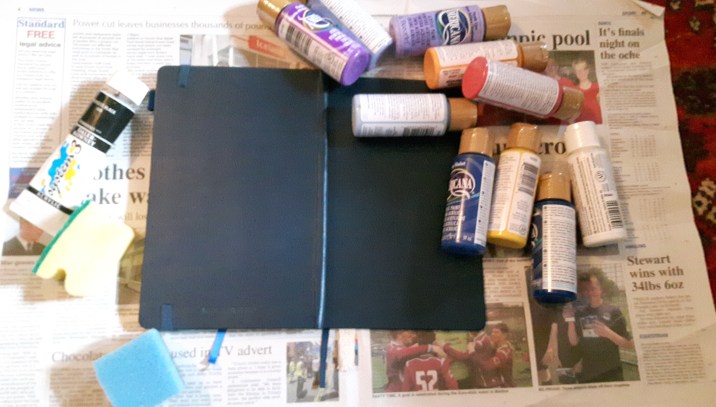 but then I decided I wanted to do some form of this google theme I have which is fantastically presented by the Paein and Ms4Tune plushies: 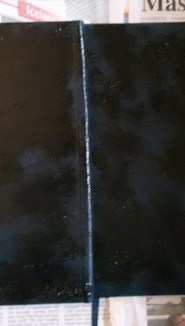 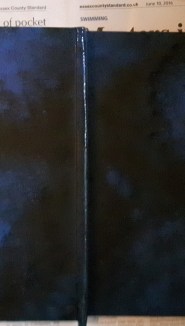 Don’t forget the spine of the book too.

Then I tried splattering it with the white for stars (watered down so it would splatter better) I ended up with lots of lines and big blobs instead of stars and it didn’t really look right. I decided to add some glitter because glitter rocks. I coated the book in a coat of slightly watered down glue and sprinkled on glitter! 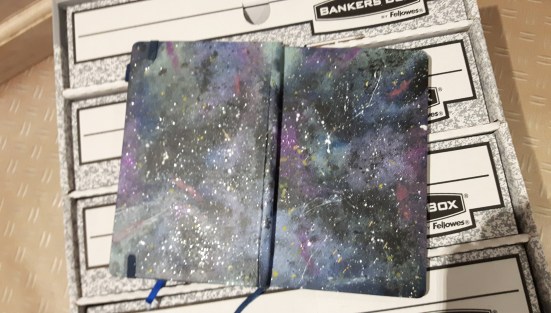 Then I decided it didn’t really look like what I was after so I added some bore black back in and some blue, then the stars again. 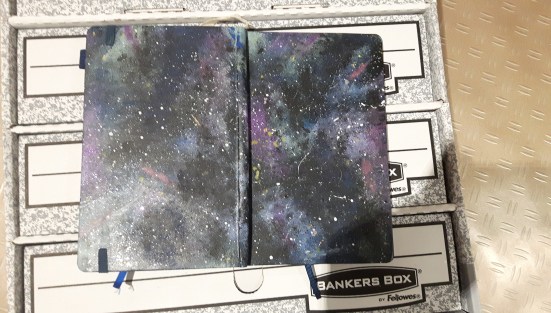 Eh, it looks more like an arty mess than a nebula or a galaxy. I think I used too much colour and didn’t leave enough blue/black. Also, there’s too much trail on the white and I don’t know why it did this! I’m annoyed, but it’s still pretty so that’s alright I guess.