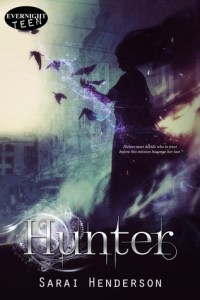 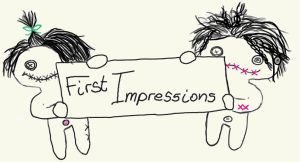 Title: Hunter
Author: Sarai Henderson
Publisher: Evernight Teen
Book: (Not Sure Yet)
Genre: YA, Urban Fantasy, Paranormal
Found: Given by the Author

I’m at 20% at the moment and I have to say I’m surprised by how much I’m enjoying this. There’s an interesing group of characters so far and I’m starting to understand this new world through the eyes of a Telepath. Hunter is a complicated, damaged girl who is trying to find some peace and quiet in a world where everyones thoughts are constantly bombarding her. She’s part of a group that hunts down individuals that have a bounty on their head. Using her special ability, Hunter is really good at her job. She works with Bear, a type 2 Telepath who can hide his thoughts from Hunter, which is a big relief when you just want the voices to stop but a pain in the arse when you want to know what the heck he’s thinking!

Not a lot has happened so far, but we’ve had a good introduction to Hunter’s world, the job she does and a tantalising glimpse of the past she’s trying to hide. She’s just started a rather cryptic mission which doesn’t sound like its going to be an easy one and we’ve had an ominous stranger hanging around so I’m expecting something big to happen in the near future. I can’t wait to get back into this short but exciting read!