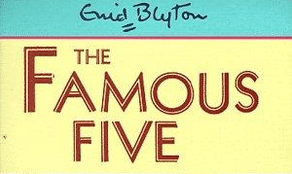 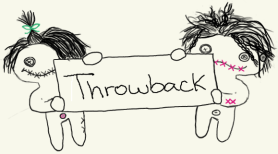 I actually can’t remember reading many of the books, though Goodreads tells me there are 21. TWENTY ONE! I did listen to multiple audio books however and even watched some of the TV series. Certainly, the Famous Five were far better than the Secret Seven, but I think that all depends on whom you met first. (My collections only involved one Secret Seven tape, and honestly, seven is a lot of people to be getting up to mischief with, you’d get caught SO fast!)

It is certainly on my list of things to do, read the entire series and find out what happens to them at the end! I must know! Don’t tell me…
I always thought that Anne seemed a bit of a pointless character as she didn’t do much, but then girls then didn’t and it’s George that’s the odd one out. She was my favourite! And I thought Julian was a little pompous, as much as I understood that word. But he was the oldest and I’m sure he took it upon himself to make sure all the others were alright.

Of them all, I remember the stories of only two or three. The one I listened to most has to be the one where they saved a farm from poverty by accidentally discovering something worthwhile buried beneath. And another where they discovered Jo, another girl like George. I’m also pretty certain they were up a mountain once too.

I’m lost scared to read them now that I’m older because they are such a fond part of my childhood, I almost hope to wait for my own children and rediscover them through them, by then I’ll be amazed all over again.