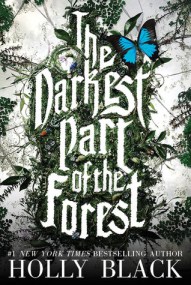 Children can have a cruel, absolute sense of justice. Children can kill a monster and feel quite proud of themselves. A girl can look at her brother and believe they’re destined to be a knight and a bard who battle evil. She can believe she’s found the thing she’s been made for.
Hazel lives with her brother, Ben, in the strange town of Fairfold where humans and fae exist side by side. The faeries’ seemingly harmless magic attracts tourists, but Hazel knows how dangerous they can be, and she knows how to stop them. Or she did, once.
At the centre of it all, there is a glass coffin in the woods. It rests right on the ground and in it sleeps a boy with horns on his head and ears as pointed as knives. Hazel and Ben were both in love with him as children. The boy has slept there for generations, never waking.
Until one day, he does…
As the world turns upside down, Hazel tries to remember her years pretending to be a knight. But swept up in new love, shifting loyalties, and the fresh sting of betrayal, will it be enough?

I was really excited about this book coming out as I thoroughly enjoyed her other recent standalone The coldest Girl in Cold Town and I’ve really wanted to re-read it, but as this was coming out I thought I’d wait till I’d read this one. Unfortunately life and other reading obligations got in the way and I was unable to read it as soon as it fell through the letter box, but I’ve finally read it!

The hint of a love triangle didn’t scare me this time as I’ve read Holly Blacks latest, as I may have mentions a billion times recently. I like her writing style and there were a few things that reminded me of The Coldest Girl in Coldtown with regards to structure and presentation – not necessarily on content, these stories are vastly different. A few similarities were; how information on the past was presented, the presence of an ancient character and the strong female lead. This time however, said strong female (Hazel) had a partner in crime in her brother, Ben.

I think my favourite character was Jack, we hear all about him from everyone else and it’s almost like we don’t get to hear his side of it but we get to see through his choices, how he feels about the situations around him.
I also liked The horned boy and I’d really love to read a novella of his time in the glass coffin up to the end of this book (or even further if you like!) I think seeing the world as he did, through the things he heard and how he felt about them would be pretty interesting.

This was almost a fairy story, it brushed on the fairy court and explained where this outcrop came from but it was an entirely new story as far as I know. I did like that the horned boy was almost a sleeping beauty/snow white character, sleeping in his glass coffin, waiting for someone to wake him.

I didn’t quite realise at first that this was contemporary and I was surprised at how much I enjoyed the mix of text messaging and fairy knights. How magic and technology were existing side by side. I read it quite fast and I missed it when it was gone. As always, I wish it had been longer, but that is understandable with Holly Black as her endings in these stand alone books tend to be a little more open…