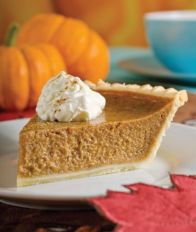 What do you do with what’s left over from pumpkin carving?!
PIE!

My dairy and gluten intolerant friend was visiting and we decided we wanted to carve pumpkins (and make pie) so we did. The End.

I decided it was a waste of pumpkin to just carve them and throw everything away, so I chose to buy edible pumpkins, because apparently there’s a difference. (Who the heck makes inedible pumpkins!?) We calved beautiful little pumpkins and mine was deceptively reversible. My friend decided that if we were able to find a recipe she wouldn’t become violently ill after eating, she’d like to try some too. Luckily I found this one!

Right off I hit a few snags. I didn’t have enough almond flour…so I added some desiccated coconut! I could have used gluten free flour, but I had the coconut out for something else. (I also swapped the butter for non dairy spred) I had to add in extra coconut, I don’t know if this is because it wasn’t the almond or if the mix was just a little off making it too wet. I pressed it into the dish and set it aside.

Then it was time for canned pumpkin…The heck is canned pumpkin???! Luckily, the recipe was nice enough to link me to somewhere to buy the canned pumpkin so it told me how much weight it had therefore I was able to weigh that out. But it also called for half a can of coconut milk, what do I do with the other half??! Why, make another pie with some pastry from the pastry collection in the fridge of course! I also didn’t have pumpkin spice, but somewhere else advised me that cinamon/cloves/ginger was close enough, or something like that. I also only had half a cup of honey left. I was told that it was probably going to be enough because honey is sweet (duh). PLEASE NOTE: When doubling the recipe, you DO need double the honey. (though that might just be my assessment because it turns out I don’t like pumpkin and I’m pretty sure my brain is convinced I’d like it with the extra honey.)

If you’re going the way I did, you need to separate the pulp and inside of the pumpkin from the seeds and set the seeds aside for later, the rest goes in the blender and gets SLICED TO SMITHEREENS!!! Or, y’know, nicely blended.
Then you basically add the rest of the ingredients to the blender and….blend well.

Then you just add it to your pie dish and bake it!

I had a piece of the Paleo Pie while it was warm and feel it tasted better warm. My friend loved it, so I sent her home with the rest of it as there was a second pie. I had a piece of that cold, with maple syrup to amp up the sweet, but I still struggled with it. Other people enjoyed it too so my conclusion is that I don’t like pumpkin. The seeds however….

To roast pumpkin seeds you need to first wash off all the pumpkin. Apparently the pumpkin bits will sink while the seeds float so if you shove them in some water and leave them they should separate. This is a nice theory, but one of my pumpkins was different – organically grown – so the pumpkin was stuck to the seeds and had to be removed by pinching it off. Next it’s time to cook them, by boiling them for about ten minutes or so before drying them and adding them to a baking tray – single layered.

Mine were still slimy so I left them over night on the tray resting on the aga until they were dry. (It possibly ended up being 24 hours and I went out for Halloween tea and horses) Once dry I added some oil so they were all covered, then I put them in the oven. They were in there possibly 5 minutes at the most, having already been warm and dry they had started to pop, like corn. I left them to cool and added salt – too much incidentally, I’d recommend putting them in a tub and shaking through small amounts of a salt at a time, to taste. I added some unsalted pistachios to pick up some of the salt.