Top Ten Tuesday is a weekly feature hosted by The Broke and the Bookish that other bloggers are welcome to join in, to create Top Ten lists on varying topics. This week it was a choice of Top Ten Characters Everyone Loves But I Just Don’t Get or Ten Characters I LOVE But Others Seem To Dislike. We opted for both! 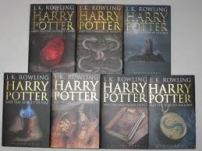 I don’t know if any of my views on these are the opposite to everyone else, I think mainly they have all have a camp in each extreme, but here’s my stand.

The heck can anyone dislike this guy? I’ve seen him receive so much internet hate and I’m shocked. I think he get’s overlooked because he’s the sixth son, between twins and a girl. He’s not special like they are, so people would turn from the trouble of the twins to the cute of Ginny and he’d be overlooked, quietly in the middle. I also think that being friends with Harry helped him become his own person, though it seems he still gets overlooked by everyone!

2 Karou from Daughter of Smoke and Bone

No, I’m sorry. I didn’t get much into book 2 before I’d had enough of her. So things were pretty bad, but she certainly made them far far worse. His actions matched what he thought had happened, but instead of thinking about it, she just went to help out the other guy – and I don’t know what else happened, but she probably made it all worse. What’s sad is that Ms4Tune loves this series too so it makes me feel worse for not liking her!

3 Gale from The Hunger Games

I think he’s like Marmite, but I hadn’t read the books when I saw the films and I went with someone who had. She loved Gale but I’ve always disliked him, he seemed a little too clingy and then his actions at the end were horrific. I don’t want to believe that if the games had never happened then Katniss’d have been with him – she was quite clear about the no children thing to start, but he seemed to not care. I’d hope he’d at least get over himself at any rate.

4 Lord Nightshade from The Chronicles of Elantra

I’m running on outdated memories here and I’m pretty sure I only got up to book 4 or so, but I was borrowing these from someone and she was very much team friend (whatever his name is) where I was starting to think I was team Lord Nightshade. It just seemed with him, he was giving her space to be herself, where as the friend was after her to fit in the nice neat box he’d placed her in. I got the feeling though, that many people weren’t on his side. I could have used the friend as well, as an example of someone I didn’t like – except I can’t remember his name! time for a re-read.

I don’t know if there actually is Rose hate – there is within the books though and I’m sure I’ve seen her condemned in a review or two, and it’s primarily for her treatment of Adrian. Of course NOTHING is said of his treatment of her, which annoys me most. He decided he wanted her, though he knew she was deeply in love with Dimitri – he sees auras, he knew. She had a difficult task, BUT he agreed to help ONLY if she promised to be his girlfriend when she gets back, she agrees and with no ‘rest time’, keeps her word. And keeps trying to keep her word, despite everything else going on. (Really trying to NOT give the plot away here.)
So really, Rose hate should be Adrian hate. Why didn’t I choose him as someone I don’t like? Well, I’ve tried not to, as he seems to be semi sorted in the second series – he’s yet to apologise for the promise he made her make yet though…

6 Kelsea – Queen of the Tearling

I remember finishing this book and thinking, Wow that was amazing. I loved that Kelsea was a very average person who just happened to be the future Queen. She was always doubting herself, especially her ability to lead. And she found it very hard to make friends. So when I read other peoples reviews of this, I was surprised to see that not many other people found her as appealing. There were quite a few comments about her being boring, which I didn’t agree with at all! I do hope the rumours about this being made into a film are true and that they have got Emma Watson to play Kelsea.

Unlike Kelsea in the Queen of the Tearling, I hated Mare! To me, she seemed so stupid and got herself into so much unnecessary trouble! I didn’t understand the hype behind this book or the characters. This is definitely one of those that people either loved your hated. I will be reading book 2 though as there were moments that I did enjoy, especially towards the end so I’m willing to give it another chance.

8 Juliette and Warner – Shatter Me

I was so excited to read this book for two reasons, the cover (obviously) and the fact that it had such a huge fan base following! I especially liked that the love triangle came across so complex that it had created a split between those who loved Warner and those and those that loved Adam. But I didn’t like either of them, well that’s not true I was indifferent to Adam, I didn’t like Warner. It’s been a long time since I disliked a bad boy love interest. I haven’t returned to this series. I don’t think I want to know who she ends up with. Both options seem bad to me.

I really enjoyed getting to know Twylla, but I know others found her really boring and irritating because of her lack of curiosity. I don’t think that was her fault she didn’t question things because she was bought up not too.

I actually liked this book a lot. I just didn’t like Daemon. That must seem really strange because the books main focus is on the relationship between Daemon and Katy and yet I still enjoyed it. I will have to finish this series, see if he grows on me…

8 comments on “Top Ten Tuesday: Characters Everyone Loves But I Just Don’t Get or Characters I LOVE But Others Seem To Dislike”