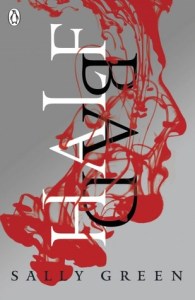 A breathtaking debut novel about one boy’s struggle for survival in a hidden society of witches.(Amazon.co.uk description)

’‘…I’m a Black Witch.’
‘No, you’re not. That’s your body, not you. The real you is nothing to do with being a Black Witch. You have some of Marcus’s genes in you, and some of Saba’s. But that’s physical. And the physical stuff, the genes, your Gift, they are not what makes a Black Witch. You have to believe that. It’s how you think and how you behave that shows who you are. You aren’t evil, Nathan. Nothing about you is evil. You will have a powerful Gift – we can all see that – but it’s how you use it that will show you to be good or bad.’’ P.114

As a half black, half white witch, Nathan is treated as a threat, someone who, not would, but WILL become a dangerous killer.
But Nathan has a kind heart. He loves his close family, he tries so hard to please people and do what’s right.
But he’s Half Black so Half Bad, and that will never change.

I really don’t know where to start with this review… I guess: Why did I want to read this book?

I read a pre-release-review that described Half Bad as the new Harry Potter, the back story of Professor Snape. I loved Snape, I always felt that he was who Harry might have been if he hadn’t had the help and friends that he had.  I also like to see if all the hype attached to a debut novel is accurate so I pre-ordered my copy (4th March release date).

It’s written in first person narrative and I did struggle with this as I am so used to reading everything in third person. I suppose in the end this did aid the story, the pain Nathan suffered felt like your pain. You felt like the love he felt for his Gran, Arran (his brother), Deborah (his sister) and Annalise (the girl he loves)  was your love, they we’re your relatives and the hate he felt towards his persecutors, yeah I definitely felt that. I was seething. It was so difficult to read because you couldn’t escape the pain and I must admit if it had continued like this for the whole story I don’t think it would have got the 4 stars it now has from me. But there was hope and there were brief moments of happiness for Nathan and in some ways that made it almost bearable.

‘I wonder if I ever have a son what the future will hold for him. Maybe I’d do what Marcus has done: just leave him and hope that somehow he will have a better future without me. And yet here I am shackled up in a cage and I know it’s hopeless and hopeless and hopeless. But even with all that suffering and pain and cruelty I think that maybe my ancestors did find happiness, even for a brief time. I think I’m capable of that and they must have been too. I hope so.’ P. 172

I ended up actually feeling for Nathan and I think that’s what matters the most. I found the beginning rather depressing but I pushed through and by the end I appreciated that the pain and suffering at the start had obviously helped me connect with Nathan because I was crying and suffering with him, frustrated, with him, suspicious, with him, and most of all hoping, hoping for something better, with him.

I find that the phrase, ‘But nothing is black and white.’ very appropriate with this book. Not all White Witches are good (if at all actually) and not all Black Witches are bad. It was actually disgusting what the white witches do to Nathan and other Black witches just because they feel they have right and good on their side. You can’t judge people by their genetics, as we well know from real life, but as Snape would say…