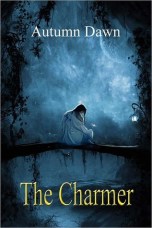 “I don’t deserve it.”
“I don’tknow what’s happened in your life to make you believe that, but I will spend the rest of mine proving you wrong.”
-57%

Jasmine didn’t realise her friend Wiley was special until they were drawn into another world. Here Wiley is betrothed to the ruler of the Haunt, a wererace both dangerous and proud.

Keilor is the master of soldiers, a man few would cross, yet he’d never met a menace like the little brunette his princess calls friend. Will Jasmine find the portal home, or will she find a werewolf of her own?

I enjoyed this a lot more than I thought I would, considering it’s been sat on my kindle for an age! I’ve really enjoyed the world it’s set in – the Darklands – and I’m looking forward to learning more as the series progresses. There’s a lot more to this world than it first seems and I think it’s going to be pretty amazing when we have all the facts.

I thought that Jasmine was a pretty good character, she didn’t quite go with it but she did settle some. She got quite unreasonable at one point but that was sort of explained so I can nearly forgive her for it. She had some issues that it seemed she sort of abandoned more than worked through but it worked for her so to each their own.
It would have been nice to have learnt more about Keilor and his past. He’s still quite an enigma and he doesn’t seem to let much slip. He was a pretty reluctant guy and first but in the end he gave in with dignity which was pretty cool. Hopefully he gets better at communicating with his wife too cause that certainly caused him more issues than it solved. I sometimes wonder if he forgets she’s from another world cause he seems to not tell her stuff a lot.

I also wanted more on Wiley’s time of it but that seems to be taken care of with book 2 so that’s a relief! Because this all started with her but what went on with her was all behind closed doors which seemed pretty odd. Usually book 1 is about the first person to make the trip and battle against falling in love with a handsome beast-man, not the second. Perhaps that’s why book two is her story.

I got really frustrated with my copy of this book. Everywhere there should have been a break because we were shifting characters or times or points of view there wasn’t one and it just made everything jumpy and annoying. Whenever it happened I had to stop, go back read the end, pause then continue and it kept throwing me out of the story.

The marriage/mating method in this world was pretty interesting too, it’s pretty important to plot so I can’t say too much about it, but I would have liked some more science behind it and how it tempered the Charmer stuff too. Maybe all this on my wishlist will be explained in the rest of the books! Only one way to find out I guess.