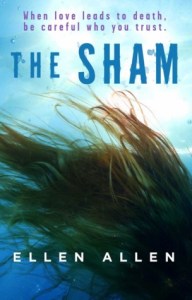 “Together they were something else. Spiteful, nasty. Meaner than they should have been.’
Loc. 1007

Thank you to Netgalley and the Author for a chance to read this book in exchange for an honest review.

WARNING: THIS BOOK IS NOT SUITABLE FOR YOUNGER READERS AS IT CONTAINS SCENES OF A GRAPHIC NATURE.

The premise of this book was amazing. The idea of missing teenagers, an unknown killer and mysterious signs popping up everywhere, really had my fingers itching to get a hold of this book. But the reality was not what I expected.

I think the thing that put me off investing in this book was the first two chapters. While many authors slowly introduce the characters and the environment around them, Ellen Allen bravely throws us straight in at the end, with an awfully gruesome scene of blood and death. She then jumps back to the beginning and follows this up with the most graphic and horrendous scene of bullying I have ever read. It was like watching a car crash in slow motion, no detail was left out as four horrible girls tormented a young boy. For many readers this may have sucked you straight in but, for me, I spent most of it trying not to be sick. I just couldn’t connect with the characters after that. I was too busy wondering whether I should just put the book down now… will it just get worse and worse?

I’m happy, and strangely kind of sad, to say it didn’t get worse. Happy because, the graphic scenes stopped after that first two chapters, but sad because then it began the slow build-up of the events that led up to the murders of three girls. I say ‘slow’ because, to me, it was just so different from the punchy opening chapters that it almost seemed like time wasn’t moving. In fact, in parts, I wasn’t sure whether I’d missed something because I wasn’t sure of the timeframe at all. The middle of the book seemed so muddled to me. And I missed so many little details because of it.

Character wise, I didn’t really like Jack. I couldn’t understand what he was saying most of the time, I didn’t get what was wrong with him, and I’m still not completely sure now that I’ve finished. The relationship between him and Emily seemed to appear out of nowhere, maybe I missed something, but it made it seem false and unbelievable.  I liked Emily’s family though and I liked the details Ellen Allen included about the other families to make you understand the dead girls.

The ending however was great. There was still a little bit of confusion, for me. I wasn’t sure where they were and so the people all seemed to appear out of nowhere. But, I must say the revelation and the overall idea of this novel was mind blowing.

While I may seem really negative about most of The Sham, I’d just like to say that I think there is great potential in Ellen Allen’s writing style and would like to see what she does next.