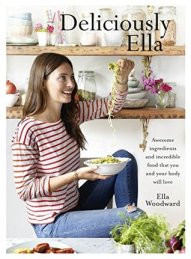 This should be Banana Porridge!!!

Another one! I’ve made several things from this book recently, so this wont be the last either! The first batch of Almond Butter was so that we could make this.

So the first time I made this, I used liquid coconut milk from a carton, I multiplied the single serving recipe to serve 4 and didn’t add the banana on top (the banana is a secret! My brother doesn’t know it’s there!). It was quite solid and there was too much.

The second time I made it I multiplied it by 3 instead of 4, used tinned coconut milk (the whole tin, because it was old and the liquid was at the bottom and what else was I going to do with it??) and extra water, to make it less solid than the time before and mashed the banana so that it would disintegrate into the porridge faster and sit there all invisible and stuff.
I don’t think I needed that much liquid. I ended up with the same amount of porridge as the previous attempt, just runnier (even after about ten minutes of trying to ‘boil off’ the liquid). Generally though, this was better received as it was less heavy once eaten.

Both times I felt it tasted like banana, (not a favourite flavour) more so than coconut and I wonder if it was miss-labelled…But it’s bearable and can be covered up with chocolate (brother) or more almond butter (me). I have to say though, I don’t know how Ella gets her porridge so white! Mine goes a nice nutty brown.

Either way it’s yummy and filling and will no doubt be another regular breakfast in this household.
(it looses half a star for being just so bananary)