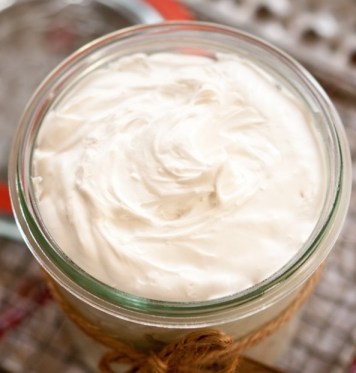 I’ve been playing around with this lately and I thought I’d bring it back to attention.

The original post was a MAKE IT MONDAY from the 14th August 2014 and can be found HERE.

I’ve been using the original recipe for a ‘pre-poo’, which is a curly girl term for a moisturiser you add to your hair (usually an oil) before you wash it. Sometimes wrapping it up and applying heat. It makes my hair so happy it’s ridiculous and I really need to work on a way to get it into my mid week condition routine, but I’ve become distracted.

Lately I’ve tried it with cocoa butter (instead of Shea) and olive oil (instead of almond), to try and make it suitable for all. (y’know, nut allergies) It’s an interesting mix. It’s slightly green and seems to make less slightly less, content wise and is a lot more solid. However, perhaps if I had whipped it longer it would have expanded more. 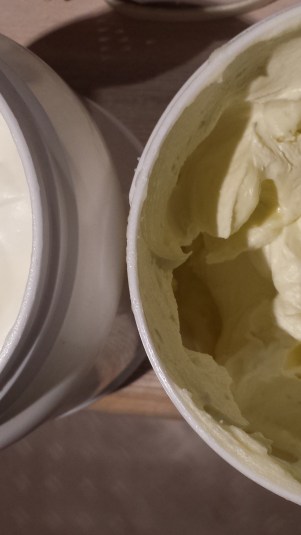 It smells more of olive oil than lavender to me, though others have been able to detect the lavender and when you apply it to the skin and it takes longer to absorb but still leaves it all happy and soft. I’ve yet to try this one as a ‘pre-poo’ but on the whole I prefer the other mix so I probably wont.