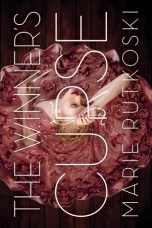 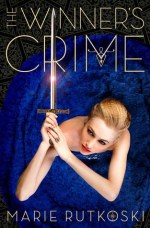 “I agree, under one condition. You mentioned emissaries. There will be one emissary from the empire. It will be you.”
-The Winner’s Curse, page 354

“There was dishonour, she decided, in accepting someone else’s idea of honour without question.”
-The Winner’s Crime, Page 225

In a vast empire that is forever spreading, the youth have two choices. Marry and have children or enlist in the military by the age of 20. But Kestrel, the seventeen year old daughter of the general has other dreams.
One day, in the slave market by accident, she is startled to see a kindred defiance in the eyes of a slave up for auction. She is even more startled to find herself bidding for his life.
But even as he is a mystery to her, she is also a mystery to him. Mysteries that reveal themselves a little more every time they are in each other’s company.
His wit captures her and she quickly thinks of him as more of a friend than a slave. As her feelings towards him solidify, she has to hide them.
But he has secrets too and Kestrel is forced to learn that winning can sometimes be worse than losing.

Just a super quick read through to refresh my memory before I start on The Winner’s Kiss. Not as quickly as I was intending however, because there were many, many sections I just wanted to read again.

As always the last line of The Winner’s Curse makes me tear up. Not in and of itself, of course, it’s something repeated several times in the book after all, but at this last point, it means something more – so pay attention every time the God of Lies is mentioned because it links back!!

Book two, I said, gave me hope – not sure why, as it ends pretty direly. But perhaps for the possibility of where it can go from here. Foolish Emperor, you know how dangerous these people are, and yet…you’ve made it so that they have nothing to lose. I hope your fall gives you enough time to analyse every single thing you did wrong in exacting detail because I’m so going to gloat. You are a bully and I don’t like bullies.

I couldn’t choose between Kestrel and Arin for a favourite, they are so similar. Though, I can’t help but be put out by Arin for Kestrel’s sake. Goodness me man, you’re stupid! I just can’t wait for you to be whacked over the back of the head by everything in book 3! You’ll be devastated at you’re own idiocy, you were nearly there and then you gave up. I’ll feel horribly guilty for being so satisfied about it all, But I don’t care.

In my review for The Winner’s Crime, I said something wickedly clever about feeling the Bite and Sting tiles lining up, which I had forgotten about. I should have perhaps read these two slower so that I could see the build, but truthfully, I wont see the full genius of Marie Rutkoski’s writing until the last word of the last book has been read.  I’ve no doubt that once I’m done I’ll wish to start again – but I won’t. I’ll savour it and wait a few years so that I’ve almost forgotten and then I’ll start all over again. As one always should with a spectacular series.

I was also under the delusion that Arin was a fool for not seeing. He was a fool and he was slow on the uptake. And then at the most important moment, he doubted himself and made all sorts of messes. I was quite entertained, reading back my commentary on goodreads – I hope I successfully kept it spoiler free for anyone who stumbles across it!

I seem to like the bittersweet stories yet I hate the splits in the middle of a series – possibly a contradiction, especially as I can’t work out what makes them different.

My review of Winner’s Kiss will be up TOMORROW!